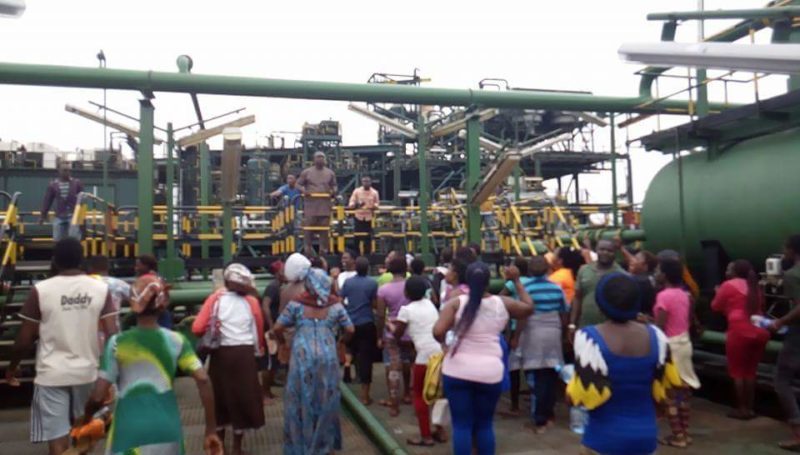 Port Harcourt — The people of Ogoni in Rivers State have thrown its weight behind the 23months occupation of Belema Flow Station and Gas Plant in OML 25, which is operated by the SPDC/NNPC JV in Kula, Akuku-Toru Local Government Area of the state.

The people of OML25 host communities since August 2017, have continued to lay a siege on the oil and gas facility, citing alleged injustice and marginalization by SPDC, amidst intervention by the Rivers State Governor, Nyesom Ezenwo Wike.

But a Pan-Ogoni group, Conscience of Ogoni People, COOP, has threatened to mobilize Ogoni women to support their counterparts from Kula to sustain the occupation of OML25, in their bid to quit Shell Petroleum Development Company, SPDC, from the state.

National Coordinator of COOP, Chief Gani Topba, who disclosed this in Port Harcourt also cautioned Governor Wike to steer clear of OML25, stating that the issues concerning the ownership of the oil block were still pending before the Supreme Court.

“We looked at the issue of Ken Saro-Wiwa when he launched a peaceful protest against SPDC. He (Ken) had told the tribunal that Shell will have an issue with all the communities in the Niger Delta if they continue with their attitude.

“We are mobilizing 7000 women of Ogoni to join the women of Kula to continue the occupation and protest at OML25 platform. If Ken Saro-Wiwa was alive, he would have supported the people of Kula.

“The Kula environment has been destroyed. Shell has destroyed that place. I am calling on all supporters of the Ogoni people to come out. We are throwing our support behind the Kula people. Everybody who believes in Ken Saro-Wiwa and Isaac Boro struggle will join in this struggle against injustice.

Topba also stated that the Rivers State Government does not have the constitutional right to interfere into the issue of OML25, stating that the case on the ownership of the oil block between Rivers and Bayelsa was still pending before the Supreme Court.

He added that the move was a show of solidarity to people, of Kula as a minority ethnic group in the country, adding that Ogoni was also facing marginalization in the hands of SPDC.

“There is a target against some businessmen in Kula. Belemaoil Producing Limited has a stake in OML55 and OML25. What is wrong for Shell to divest OML25 to Belema?”

“I am calling on all the Ijaws and the Niger Delta to support the occupation of OML25 flow station and gas plant.”