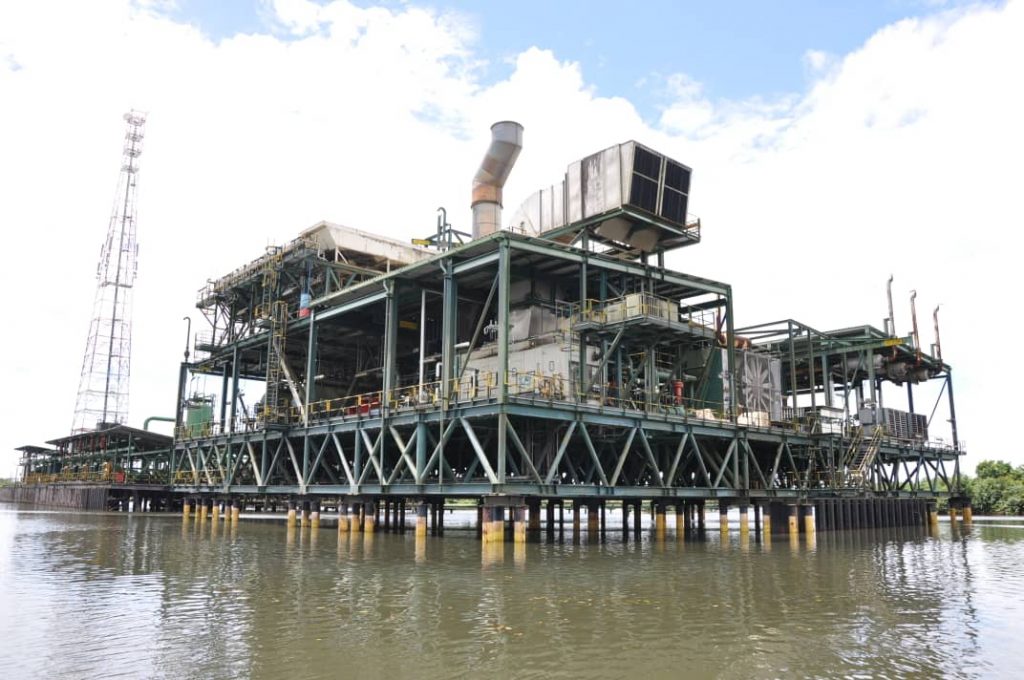 The Group Managing Director of NNPC, Mr Melee Kyari stated this at the formal hoisting of SPDC and Belemaoil flags alongside that of the NNPC and Nigerian flag signaling the resumption of oil production in the facility.

Kyari represented by the Group General Manger of the National Petroleum Investment Management Services, NAPIMS, Musa Lawan, disclosed that while SPDC remains the operator of OML25, Belemaoil would be in charge of maintenance, surveillance and patrol operations. 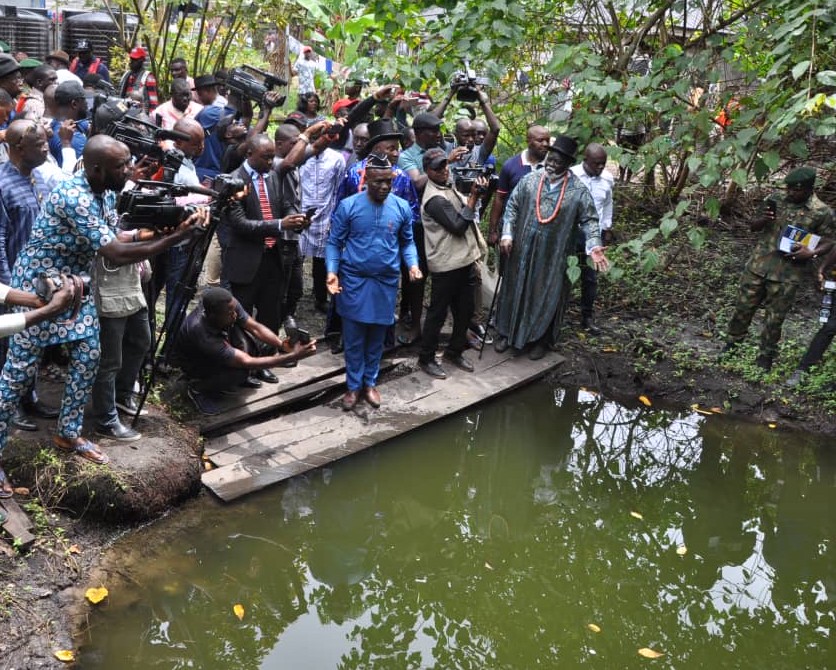 He assured that NNPC would partner with SPDC and Belemaoil Producing Limited, to address the needs of the OML25 host communities.

“On behalf of President Muhammadu Buhari, the Minister of State for Petroleum Resources, Chief Timipre Sylva, the Group Managing Director of NNPC, Melee Kyari, SPDC and Belemaoil, the field is reopened today with SPDC as the operator, Belemaoil in charge of OML25 surveillance patrol operations and maintenance works.

“NNPC, SPDC and Belemaoil flags are hoisted side by side, to demonstrate a new beginning of sustainable peace and reopening of OML25. Reopened this day 10th of October 2019 by me, on behalf of the Group Managing Director of NNPC, Melee Kyari.

“When there was crisis at this facility, the entire nation lost, but today we can say the nation will start gaining because peace has returned here as the communities are willing to allow the differences be resolved on the table and for oil to start flowing again.

“The country will start earning revenue again, and the social responsibility of all the joint operators not just NNPC would be met.”

The NNPC boss also described as disheartening the level of backwardness, underdevelopment and neglect experienced in the host communities of OML 25.

“I have personally observed the lack of portable drinking water and school in the communities, so in partnership with Shell and Belemaoil beginning from 2020, we will have a programme to at least solve these two issues and we’ll continue to address the demands of the people as they arise.

“Obviously, a proper school has to be established. It is disheartening to see the kind of school our fellow Nigerians got here, so obviously one of the crucial things I am personally going to do as the Group General Manager of NAPIMS on behalf of the Group Managing Director of NNPC, is to address that.

“We need to have in the budget immediately, a good funding arrangement that will come up with good schools around here. Other thing is water, the water I saw in Belema community is below standard and a lot of waterborne diseases will come up for those drinking that water.”

Similarly, the Founder and President of Belemaoil Engr. Jack-Rich Tein Jnr assured the host communities of OML25 that the company would work with NNPC and Shell to bring a better life to them.

“We have non other option than to work with NNPC, SPDC and the Federal Government to make these communities live a better life by this time next year.”

Earlier, the Pan Niger Delta Elders Forum, PANDEF said the OML25 community engagement approach can be adopted as a model in addressing the Niger Delta question to bring lasting peace to the region.

The Leader of PANDEF and Elder Statesman, Chief Edwin Clark, at the official re-opening of the OML25 Flow Station and gas plant by Oko-Ama, Belema, Offoin-Ama and Ngeje communities in Kula Kingdom, said such model will enable the Host Communities feel the impact of oil exploration in their area.

Clark represented by a high powered delegation of PANDEF led by Amb. Godknows Igali, said he will work with the Federal Government to ensure that the OML25 community engagement model is replicated in other oil producing communities in the region.