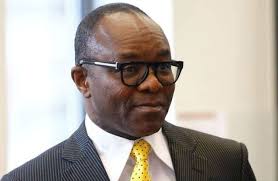 Port Harcourt — The Minister of State for Petroleum Resources, Dr. Ibe Kachikwu, has said that the country cannot afford to halt crude oil production as a result of disagreements between host communities and oil operators.

Kachikwu warned that disrupting oil production as a result of disagreement between the operator of an oil bloc and members of the host communities, would create uncertainties and send negative signals to investors.

The minister, speaking with newsmen at the Nigeria Oil and Gas Opportunities Fair in Yenagoa, Bayelsa State, stated this in his reaction to the legal battle by the Nembe-Bassambiri community against the renewal of OML 29 licence for Aiteo Eastern Exploration and Production Company.

While assuring that the issue between the community and the oil operator will not be allowed to disrupt oil production, Kachikwu, however, said that he was yet to be served the court processes.

“I have not been served with the court processes, I have only heard of it in the gossip environment, and we hope we will find a solution to all their problems.

“We cannot stop oil operations just on the basis of the fact that the community does not like what is going on, we all need to sit down and deal with what is going on, so that oil companies who have licences can operate.

“It is just not the fact that you stop producing, once you start that process, you create the worst environment both for the local community and the country by virtue of those uncertainties,” Kachikwu said.

It will be recall that the people of Nembe-Bassambiri community through their legal counsel, Ntephe, Smith and Wills have asked the Federal High Court in Yenagoa, to stop the renewal of OML 29 licence to Aiteo on several grounds, pending the outcome of a substantive suit before the court.

The community said the development is sequel to plans by the Minister of Petroleum Resources to renew the lease of OML 29 oil block to Aiteo for $82 million without regard to the position of the community in the suit No. FHC/YNG/CS/62/2015.

In an 18-paragraph motion on notice, the plaintiffs said they had filed an application for an interlocutory injunction on June 29, 2017 before the court, seeking an order to restrain the Minister of Petroleum Resources from granting any application for the renewal of OML 29 beyond the subsisting 30-year term, which will expire on June 30th, 2019.

The presiding Judge, Justice Awogboro Abimbola, had fixed April 11, 2019, for hearing on the motion on notice, while urging both parties to make more efforts in ongoing settlement moves.