OPEC may struggle to cope with new Iran sanctions

*There may not be enough spare capacity to make up for lost Iranian oil exports.

06 May 2018, London — After more than a year of assessing how effective OPEC and friends have been at keeping a lid on supply, it’s fair to ask how much more they can produce. This is really a question about spare production capacity — and it’s an urgent one.

President Donald Trump has to decide by May 12 whether to extend waivers on Iranian sanctions, and all the indications are that he won’t. The drop in supply could easily exceed a million barrels a day if the president decides to impose extra-territorial sanctions on anyone doing business with Iran — would-be buyers could decide that the safest course is to shun the country’s oil.

So is there enough spare capacity to make up the difference? Estimates vary widely — from 1.96 million barrels a day to 3.41 million — and the most optimistic of those may be far too high. 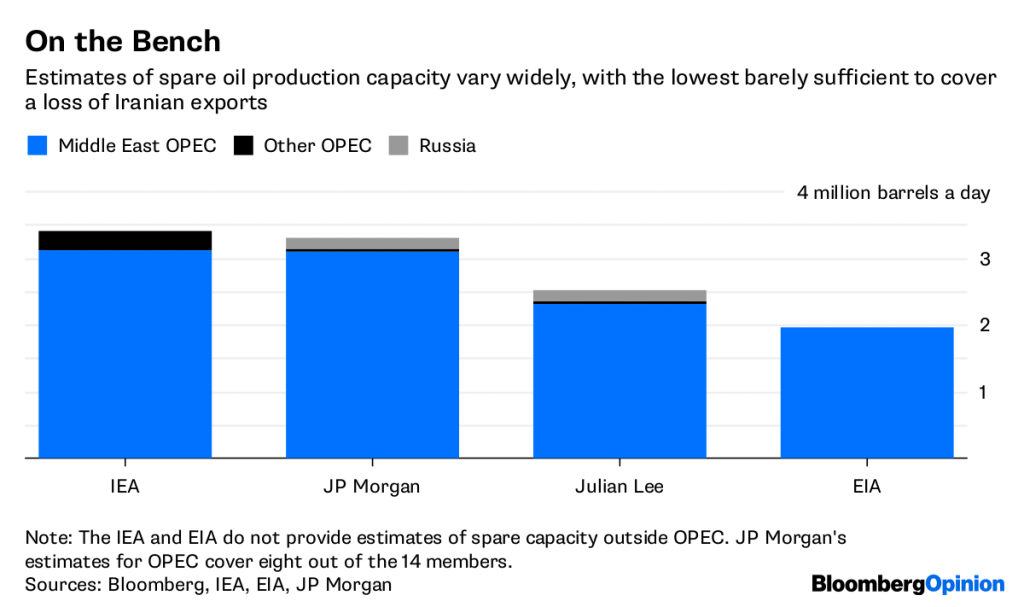 The International Energy Agency defines spare capacity as the volume of oil that can be brought into production within 90 days and sustained for an extended period. I prefer a slightly more restrictive definition that takes account of both the technical and the political ability to boost output. Adding the words “under current political conditions” to the end of the IEA’s definition could remove as much as 800,000 barrels a day from the total.

Almost all of the 200,000 to 310,000 daily barrels of spare capacity in Iraq reflects production in the north of the country that has been shut in as a result of the ongoing dispute between the federal government in Baghdad and the Kurdish Regional Government. A further 500,000 barrels a day of combined Saudi and Kuwaiti idle capacity lies in the fields of the divided Neutral Zone, which Saudi Arabia closed on environmental grounds in 2015 and shows no enthusiasm to restart.

Take those two figures off the U.S. Energy Information Administration’s assessment of the 1.96 million barrels of total available spare capacity and you get very close to the volume of Iranian exports hit by sanctions last time around. So the amount might just be enough to offset a repeat of the 2012 sanctions on Iran — if the holders can be persuaded to use it. That doesn’t look likely.

Crown Prince Mohammed bin Salman told Bloomberg in April 2016  that his country could raise output to 11.5 million barrels a day immediately; lifting it to 12.5 million barrels would take six to nine months. There is no reason to believe that those figures have changed much in the past two years, but that ability hasn’t ever been tested.

The kingdom has never produced more than the 10.63 million barrels a day that it pumped in the third quarter of 2016 — in the run-up to an agreement on the current output restrictions. The infrastructure to pump, store and export a higher volume of oil is untested. So, too, is the willingness of Saudi Arabia to boost flows. 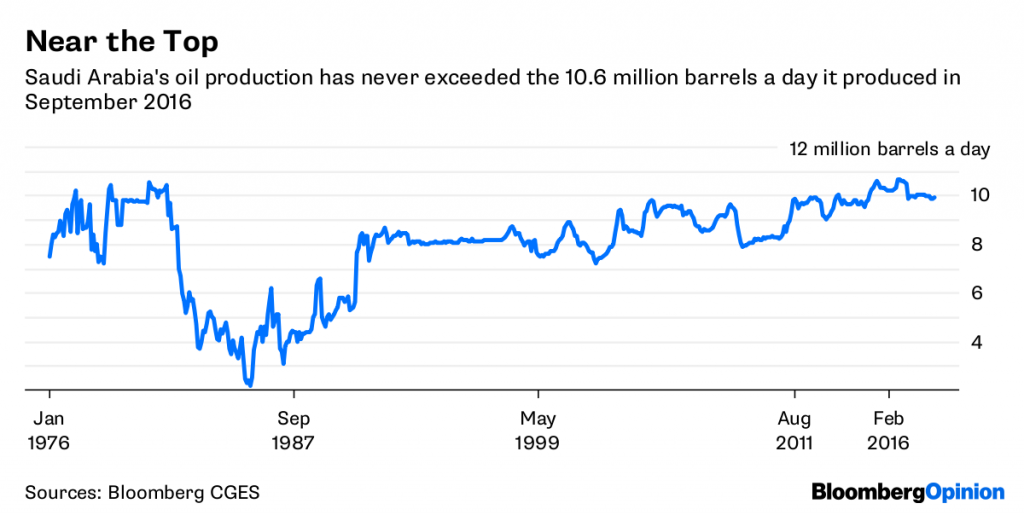 Rather than make up for the unexpectedly large drops in production from Venezuela and Angola that allowed the OPEC+ group to claim record compliance with their output cuts in March, Saudi Arabia has preferred to keep cutting its own supply by more than it promised, reaping the benefits of the higher prices that followed.

Curbs on Iran’s exports through the re-imposition of sanctions may tighten the market too much even for Saudi Arabia to ignore. If sanctions are snapped back, don’t be surprised to see more oil coming from the kingdom and any other member of the OPEC+ group that still retains the capacity to raise production. 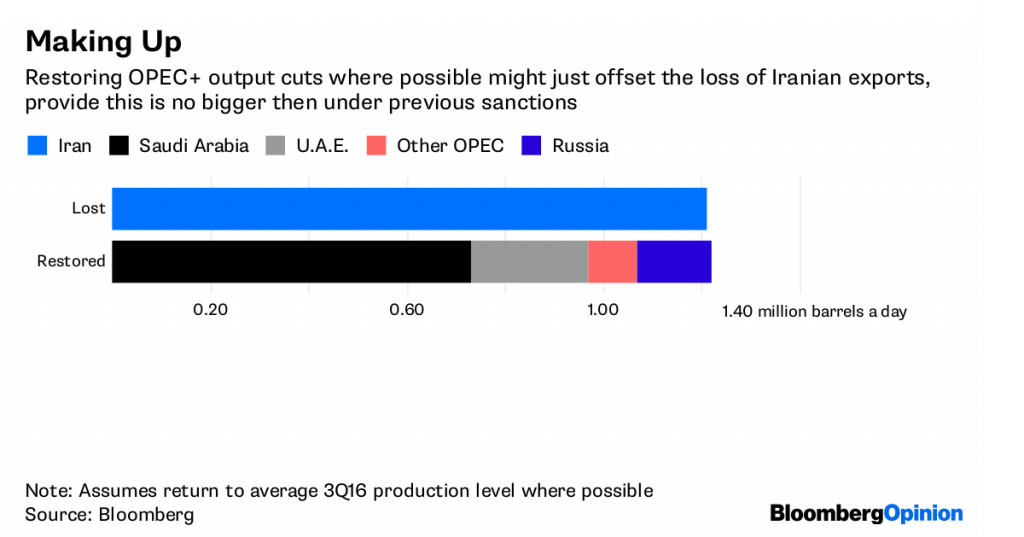 The tighter market that would result from the loss of a significant part of Iran’s exports ought to be enough to persuade Saudi Arabia at least to restore output to its pre-cuts level. The rest of the group would follow suit, but it might still not be enough to fill the gap entirely.

The path of oil prices over the rest of 2018 may have a lot to do with how Trump handles his loathing of the Iran nuclear deal and what assurances of additional supply if any, his new Secretary of State received on his recent visit to Riyadh.

This column does not necessarily reflect the opinion of the editorial board or Bloomberg LP and its owners.