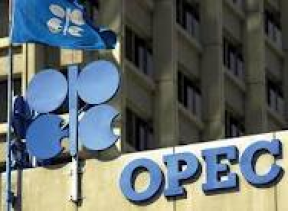 It is a 50,000-barrels per day (bpd) addition to the 30mbpd the oarganisation produced in September, .

The latest Platts survey of OPEC and oil industry officials and analysts showed a 260,000 b/d month-on-month increase in Libyan production, up from just 90,000 bpd in September to 350,000 bpd in October.

OPEC’s oil production declined by 130,000 bpd to 30 million bpd in September, mainly due to lower volumes from Saudi Arabia and production setback in Nigeria due to attacks on oil pipelines.

The Platts survey of OPEC and oil industry officials and analysts for September showed that the decline in Saudi and Nigerian output, along with other small dips in the United Arab Emirate (UAE), Kuwait and Iran, more than offset increases totalling 150,000 bpd from Angola, Libya and Iraq.

The survey also showed that reduced use of crude in power generation was offered as one reason for the lower estimates of Saudi production..

“Since the end of October, there continues to be hopeful news about the rising supply of Libya oil. For example, Platts reported last week that France’s Total soon expects to bring the Mabruk field online soon, adding another 40,000 to 50,000 bpd in supplies,” said Platts Global Director of news, John Kingston.

“However, the first rush of new supply should not be plotted as a straight line to getting Libya back to its full capacity. History shows oil output often doesn’t return to its pre-strife level after periods of turmoil like Libya has seen”, he added.

It was also revealed that Kuwait also showed a small increase of 40,000 bpd to 2.6 million bpd, while the biggest single drop, according to the survey came from OPEC kingpin Saudi Arabia, where output dropped by 140,000 bpd to average 9.6 million bpd in October.

In Nigeria, volumes were down by around 50,000 bpd. Shell lifted a force majeure on Bonny Light crude oil in August, but declared another on Forcados crude exports after an attack on a major pipeline. The Forcados force majeure was however lifted on November 1, after the company completed the repair of the affected line.

OPEC is next scheduled to meet on December 14 in Vienna, Austria. Iran, which currently holds the OPEC presidency, will likely press the group to endorse output allocations agreed in late 2008 when oil prices were tumbling amid a deepening global economic recession.