OPEC reports drop in demand for its crude 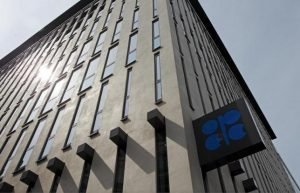 22 August 2018, Sweetcrude, Lagos — Demand for crude oil grades from members of the Organization of the Petroleum Exporting Countries, OPEC, has fallen this year.

Latest figures by OPEC in its August 2018 Monthly Oil Market Report, MOMR, revised demand for OPEC-15 crude down by 0.1 million barrels per day, mb/d, from the previous month to stand at around 32.9 mb/d.

The group’s second quarter and third quarter crude calls were revised down by 0.2 mb/d each and the fourth quarter by 0.1 mb/d.

According to secondary sources, as stated in the report, OPEC crude oil production averaged 32.4 mb/d in the first quarter of this year, which is 0.1 mb/d higher than the demand for OPEC crude.

In the second quarter, OPEC-15 crude production stood at 32.2 mb/d – 0.2 mb/d lower than the demand for OPEC crude, the report indicated.