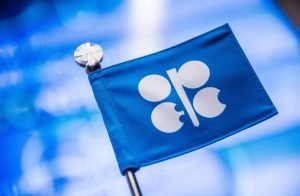 London — OPEC and its allies, including Russia, believe oil markets do not need more oil than they plan to release in the coming months, despite U.S. pressure to add supplies to check an oil price rise, four sources told Reuters.

The price of international benchmark Brent crude has risen 35% this year towards $70 a barrel, driven by economic recovery from the pandemic and supply restraint by the Organization of the Petroleum Exporting Countries and its partners in the alliance known as OPEC+.

OPEC+ agreed in July to boost output by 400,000 barrels per day a month starting in August until its current oil output reductions of 5.8 million bpd are fully phased out.

One of the four sources, speaking on condition of anonymity, told Reuters there was no need to release extra oil more quickly, while another said there was no concern that the planned schedule of increases would leave any demand unmet.

Two other OPEC+ sources said the latest data from OPEC and from the West’s energy watchdog – the International Energy Agency (IEA) – also indicated there was no need for extra oil.

Calling for more can be seen as at odds with the United States’ efforts to lead efforts to fight climate change and its action to discourage increased domestic oil drilling.

But Biden’s national security adviser Jake Sullivan criticised big drilling nations, including Saudi Arabia, for what he said were insufficient crude production levels in the aftermath of the global COVID-19 pandemic.

“At a critical moment in the global recovery, this is simply not enough,” Sullivan said.

The statement revived memories of how the previous U.S. administration dealt with OPEC when president Donald Trump threatened to withdraw military support from OPEC’s leader Saudi Arabia if it did not boost supply.

OPEC+ implemented a record output cut of 10 million barrels per day, about 10% of world demand, last year, when energy use slumped because restrictions to control the pandemic limited travel and halted economic output.

The producer group has since been gradually increasing output.

OPEC+ is scheduled to hold another meeting on Sept. 1 to review policy. Three of the four sources said more data would become available closer to the meeting and guide OPEC’s next decision.

U.S. gasoline prices are running at about $3.18 a gallon at the pumps, up more than a dollar from this time last year, figures from the American Automobile Association showed.