London — OPEC+ is now producing below its targets by a record 3.58 million barrels per day – about 3.5% of global demand – highlighting underlying tight supply in the oil market, even as recession fears drag oil prices lower.

Data from the Organization of the Petroleum Exporting Countries and allies led by Russia showed the group, known as OPEC+, showed that shortfall in August, which stood at more than OPEC number 3 producer the UAE’s output, was a record and 24% higher than July’s 2.89 million bpd in July. 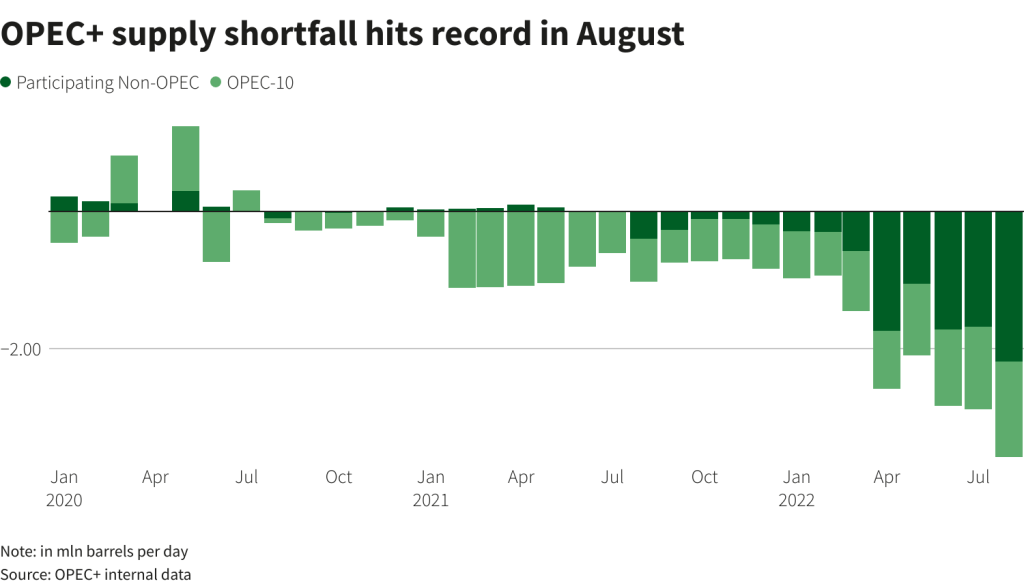 Oil prices rose on Tuesday to above $92, partly supported by news of the OPEC+ shortfall, but were headed for a fourth monthly decline ahead of an expected further U.S. interest rate hike which may curb economic growth and fuel demand. 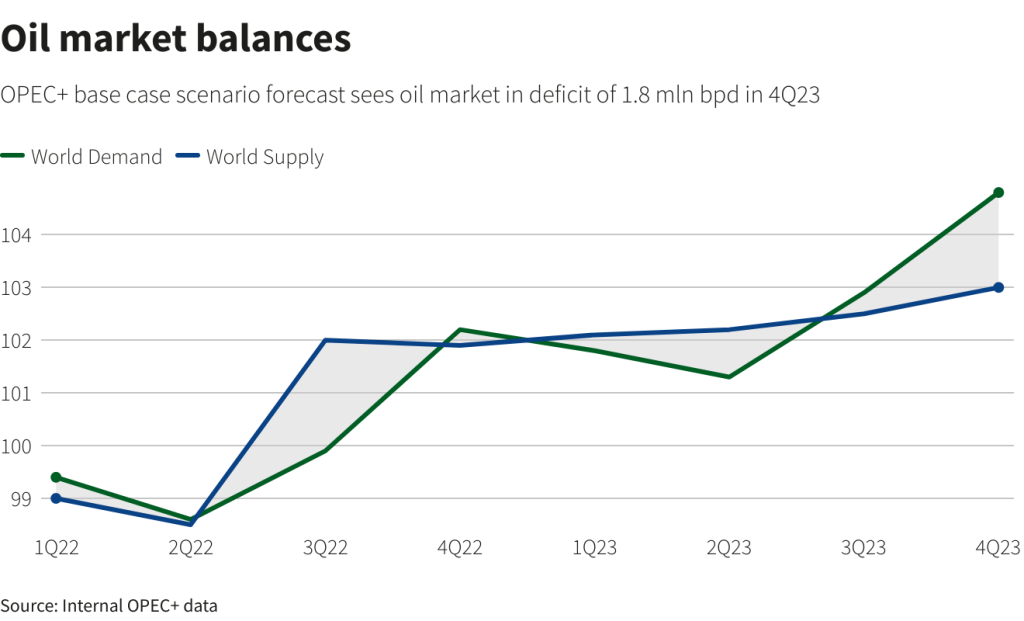 Two main factors have been derailing OPEC+’s ability to hit its production targets: a chronic problem with underinvestment among certain members such as Nigeria and Angola, and, more recently, the impact of Western sanctions on Russian output.

Nigeria’s crude oil production fell below 1 million bpd in August, figures from its regulator show, as the nation grappled with rampant theft from its pipelines and years of underinvestment. 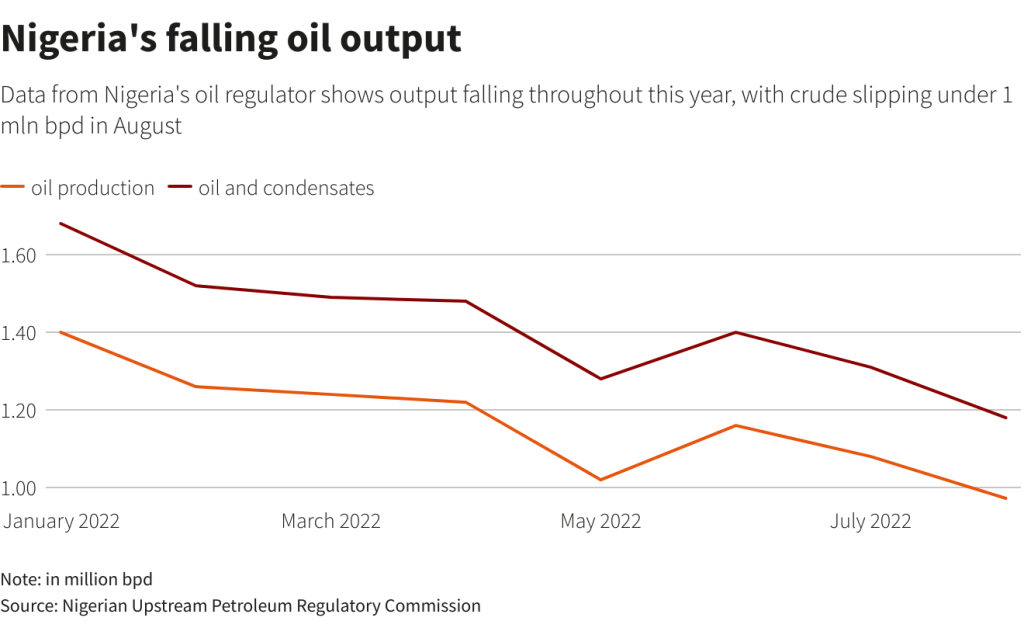 The head of Saudi state oil giant Aramco (2222.SE) said on Tuesday said continuing underinvestment in hydrocarbons at a time when alternatives to fossil fuels were still not readily available was the root cause of the problem.

Saudi Arabia with the United Arab Emirates, hold the world’s only meaningful spare capacity, production that could be brought online at short notice in the face any disruptions in output.

“It has been struggling for months to fulfil its quota and Saudi Arabia has made it abundantly clear that they would only use thinning spare capacity in case of real emergency,” PVM Oil’s Tamaz Varga said.