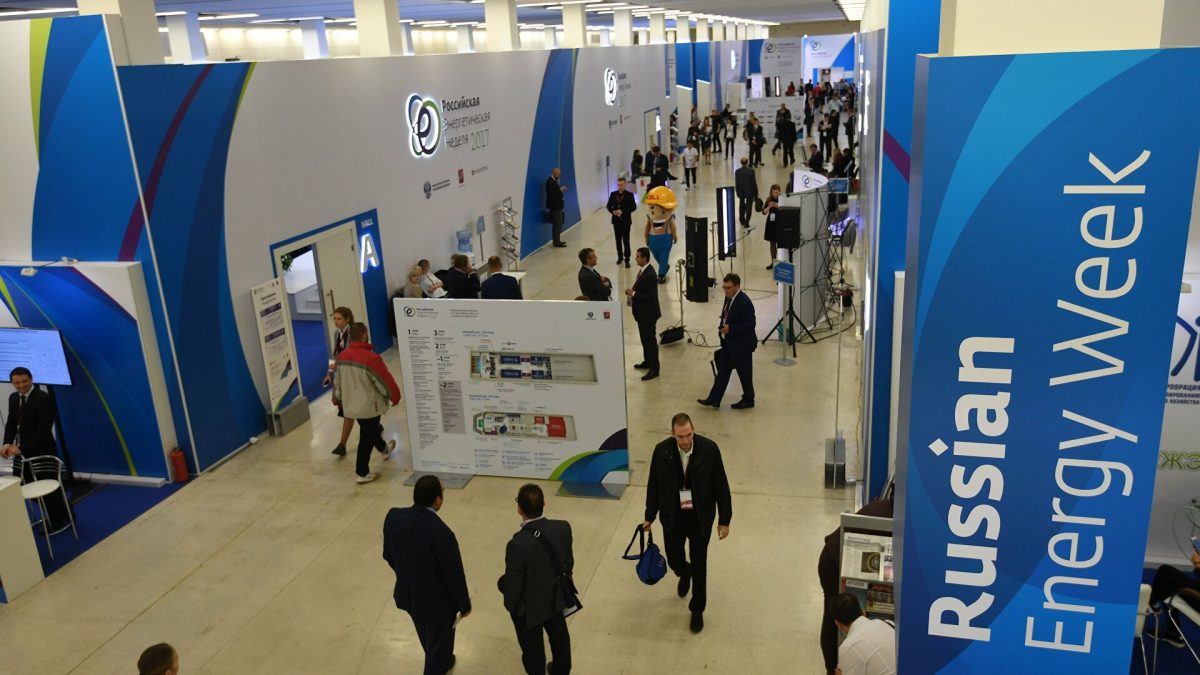 *Energy leaders gather at the 2021 edition of Russian Energy Week

The Secretary General took part in sessions on ‘The Future of Traditional Energy: Is the World Ready to Eschew Hydrocarbons’ and ‘International Energy Organization Dialogue: Predicting the Development of Energy and Global Markets’.

At the first panel session, the Secretary General, along with HRH Prince Abdul Aziz Bin Salman, Minister of Energy of the Kingdom of Saudi Arabia; HE Suhail Mohamed Al Mazrouei, Ministry of Energy and Infrastructure of the United Arab Emirates; HE Alexander Novak, Deputy Prime Minister of the Russian Federation; HE Parviz Shahbazov, Minister of Energy of the Republic of Azerbaijan; Alexander Dyukov, Chairman of the Management Board and Chief Executive Officer of Gazprom Neft; Kirill Dmitriev, CEO of the Russian Direct Investment Fund (RDIF); and Robert Dudley, Chairman of the Oil and Gas Climate Initiative, debated the outlook for energy. It was moderated by Ryan Chilcote.

During the discussion, the Secretary General thanked the Russian Federation for hosting REW, highlighting the significance and timeliness of organizing such a forum.

In reference to the upcoming COP26 meeting, he underscored the importance of the UN conference, which will be held in Glasgow between 31 October and 12 November. He urged all stakeholders to focus on developing fair, comprehensive and inclusive solutions to address climate change.

The Secretary General also stressed the need to use COP26 as a platform to build global consensus. He said that OPEC and its Member Countries fully subscribe to the Paris Agreement, noting that all 13 Members have signed the accord and are working towards achieving its goals.

He also noted the importance of securing funding, as provided by under the 2015 Paris Agreement, to assist developing countries in their efforts to adopt adaption and mitigation efforts towards climate change.

“What the world will look forward to in Glasgow is a comprehensive, all-inclusive agreement that will bring both developed and developing countries parties on the same page, so that we can achieve the objectives of the Paris Agreement,” the Secretary General told the panel.

Prince Abdul Aziz took the opportunity to praise the efforts of the Declaration of Cooperation (DoC) participants. He also recalled the outcomes of the recent OPEC and non-OPEC Ministerial Meetings, including the voluntary upward production adjustment decided on at the 21st Meeting held on 4 October.

The Minister highlighted the importance of cooperation and dialogue in the energy markets. He also underscored the need to address climate change and energy poverty, noting that diverse energy sources are needed to tackle the later.

At the session, Minister Al Mazrouei recognized the positive role of the DoC in supporting oil market stability, stating, “The DoC has done a great job.”

The UAE Minister also emphasized the important role of investment. He additionally outlined the UAE’s energy strategy to 2030, which harnesses various energy sources, such as gas, solar and nuclear. He also underlined hydrogen’s important future role.

The Russian Deputy Prime Minister noted that when the REW was held two years ago, no one could foresee the pandemic and its major impact on energy markets.

Novak continued by highlighting the ongoing recovery in the oil and gas sectors, adding that improving demand growth is evident. He stressed that the DoC participating countries have brought a very positive impact to the global oil market.

In his remarks, the Secretary General stressed that all forms of energy will be needed in the decades ahead to address the world’s growing economy and expanding population. In the period to 2045, the WOO 2021 sees global energy demand expanding by 28 per cent.

“It’s a no-brainer that we are going to need more energy to meeting growing demand,” Barkindo said.

“The projections show that nearly all sources of energy will grow over the next quarter of a century, led by renewables, which will rise from a global fuel share of around 2 per cent in 2020 to over 10 per cent by 2045,” he stated, adding, “Oil is expected to continue to take leading position in addressing the world’s energy needs for the foreseeable future.”

“As an African, I know very well that we need to harness all the energy resources at our disposal, from the sun over our heads to the abundant fuels that lie beneath our feet, if we are to ease energy poverty and develop our continent’s economies.”

HE Yury Sentyurin, Secretary General of the Gas Exporting Countries Forum (GECF), participated in the ‘International Energy Organization Dialogue’ session, along with other senior officials and industry experts.