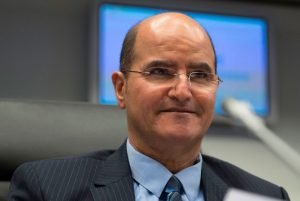 01 December 2017, Sweetcrude, Lagos – The Organisation of the Petroleum Exporting Countries, OPEC’s Joint Ministerial Monitoring Committee, JMMC, has called on members of the organisation and the non-OPEC oil-producing-countries partnering OPEC in production cut deal to continue to abide by their promises on the deal.

Kuwait’s Minister of Oil, Minister of Electricity and Water, who is also chairman of the JMMC, Issam A. Almarzoog, at the 6th meeting of the committee in Vienna, Austria, encouraged the parties involved to achieve “full” and “timely” conformity.

The group was set up six years ago to monitor outputs of OPEC members, and by extension, to see that both its members and its non-OPEC partners, follow compliance with the output cut deal.

While Almarzoog commended some members for “over performance”, he said it was important for each delegation to meet up with its own cut quota.

“I think it is pertinent to underline the fact that some participating producing countries continue to over-perform, and I think it is appropriate to recognise their extraordinary efforts. This is also a reminder of how important for each country to reach its own conformity goals. Each delegation should be driven to achieve full and timely conformity”, he said.

According to him, it was crucial to maintain focus due to scrutiny from the international community, as achieving a rebalanced global oil market will urgently boost needed investments and fuel future economic growth and prosperity around the world.

While participating countries such as Saudi Arabia, Russia, and others have complied fully with their cut quotas, others like Iraq have been found wanting.

Twice, both Nigeria and Libya were exempted from making cuts however, it is not yet sure whether or not their exemption will be extended.

Back in October, Russia’s Energy Minister, Alexander Novak had told CNBC in an interview that although OPEC as a whole was complying with the deal fully and that the deal was working, it would be fairer for all participants to comply with their agreed cut levels.

“Reflecting back on the first year of implementation, the declaration of cooperation has established the requisite structure and foundation for the sustainability we all see. It will be essential, going forward, that this platform is solidified, institutionalised and expanded”, he said.