OPEC+ to meet Saturday on extending cuts, pushing for compliance

MOSCOW/DUBAI — OPEC and its allies led by Russia will meet on Saturday to discuss extending record oil production cuts and to push laggards such as Iraq and Nigeria to comply with existing curbs.

The producers known as OPEC+ previously agreed to cut supply by 9.7 million barrels per day (bpd) during May and June to prop up prices which collapsed due to the coronavirus crisis. Cuts have been due to taper to 7.7 million bpd from July to December. 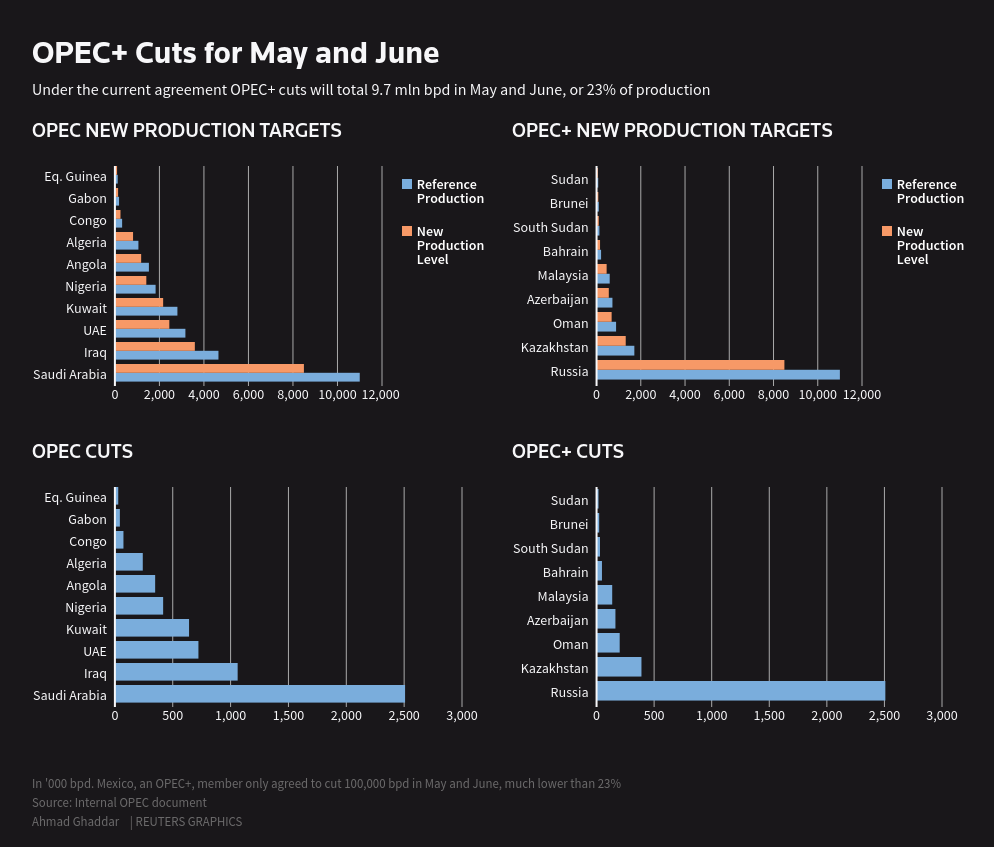 Benchmark Brent crude LCOc1, which slumped below $20 a barrel in April, was up about 3% on Friday to trade at a three-month high above $41. Prices had slipped earlier this week from recent highs on uncertainty about when OPEC+ would meet.

Saturday’s video conferences would start with talks between members of the Organization of the Petroleum Exporting Countries at 1200 GMT and would be followed by a gathering of the OPEC+ group at 1400 GMT, two OPEC+ sources said.

Three OPEC sources said an extension to cuts was contingent on high compliance. They said countries that produced above quota in May and June must promise to adhere to targets and compensate for any earlier overproduction by cutting more in July, August and September.

The energy minister of the United Arab Emirates, Suhail Al Mazrouei, called for improved compliance in a letter to OPEC+.
“As a representative of the UAE, I find it disappointing and unacceptable that some of the l 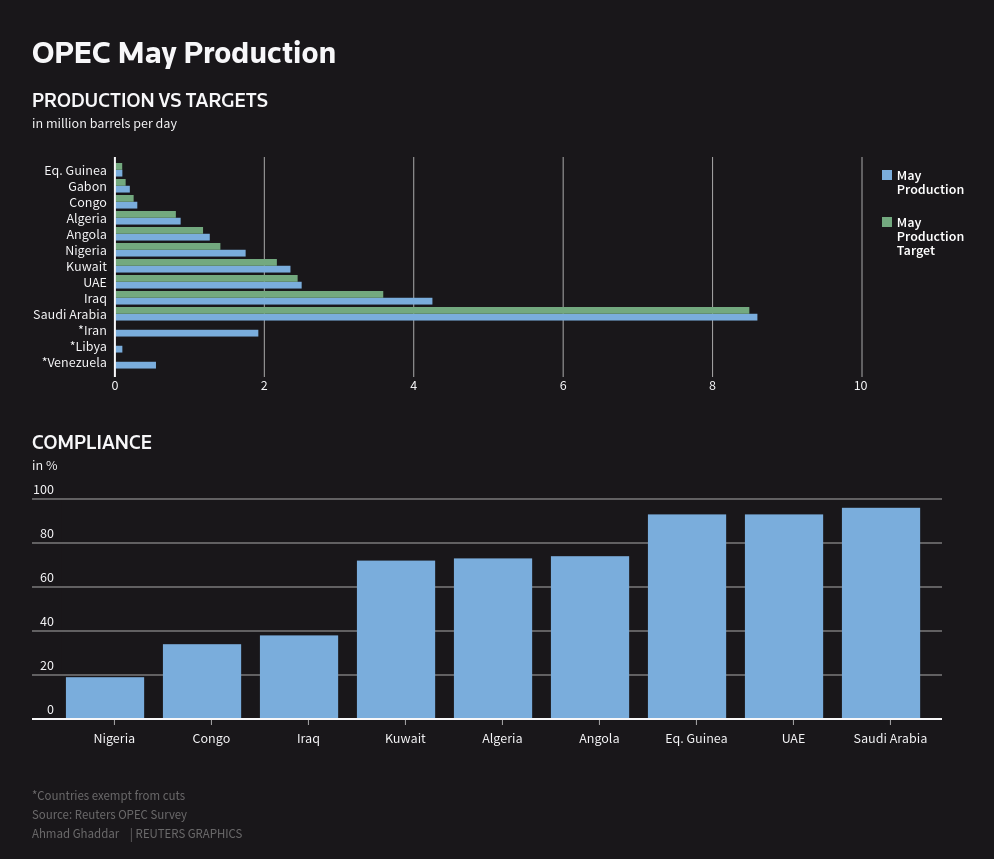 argest producers with capacity like (Saudi Arabia) and Russia comply 100% or more while other major producers do less than 50%,” he wrote in the letter seen by Reuters.

Iraq, which had one of the worst compliance rates in May according to a Reuters survey of OPEC production, agreed to the additional pledge, OPEC sources said.

“The Saudis have been pushing Baghdad hard to comply,” one OPEC+ source said. “Iraq has agreed to the pledge to improve its full compliance with the cuts.”

Baghdad blamed technical reasons and a recent change in its government for weak compliance in May, another OPEC source said.

The OPEC+ technical and ministerial committee meetings, which review the market and usually make recommendations on policy, were now scheduled for June 17 and 18, OPEC+ sources said.