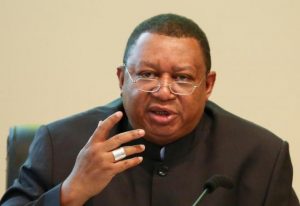 25 November 2017, Sweetcrude, Lagos – The Organisation of the Petroleum Exporting Countries, OPEC’s, Reference Basket dropped by 80 percent from June 2014 to January 2016.

OPEC Secretary General, Dr. Mohammed Barkindo, made the revelation at the 25th Lustrum Symposium held at Delft, Netherland on Friday, saying the downward price cycle was the largest percentage fall of the six previous declines witnessed over the last 40 years.

The OPEC Reference Basket, ORB, also referred to as the OPEC Basket, is a weighted average of prices for petroleum blends produced by OPEC members.

Since January 1, 2017, the OPEC reference basket consists of a weighted average of the Saharan Blend from Algeria and Girassol from Angola.

Barkindo explained that the effects of the drop in the PEC reference basket on the industry was “severe”, with budgets depleted and exploration and production spending reduced by “an enormous” 27 percent in both 2015 and 2016.

“In total, nearly one trillion dollars in investments were frozen or discontinued, and many thousands of industry staff were cut from payrolls”, he said.

He urged that industry investments be urgently restored to levels that will secure the energy requirements of future generations.

According to him, the need for urgent investment is important to meet rapidly rising world oil demand in the coming decades.

“To achieve this, an estimated $10.5 trillion in industry investments is expected to be required from now until 2040,” Barkindo said.

On a positive note, he said investments are picking up slightly this year and will continue in 2018, but added that “this is far from the levels we have witnessed in the past”.

In particular, he said the industry is in dire need of long-cycle projects, which are crucial to long-term industry growth.

He reminded that it is not only important to increase new production but that producers will also need to compensate for natural decline rates, which can be 5 percent per year.

“So to maintain current production levels, the industry might need to add upwards of 4mb/d each year”, he said.

The OPEC chief stressed that its member countries have continued to invest in their industries throughout the volatile down-cycle, which according to him, has positioned them well to maintain their leading roles as “reliable suppliers” to growing economies around the world, including in Europe.

“Let us not forget that the foundation for investment and growth can only come through balance and stability in the market. It is always worth recalling that long-term security of supply is intrinsically to the market” he added.