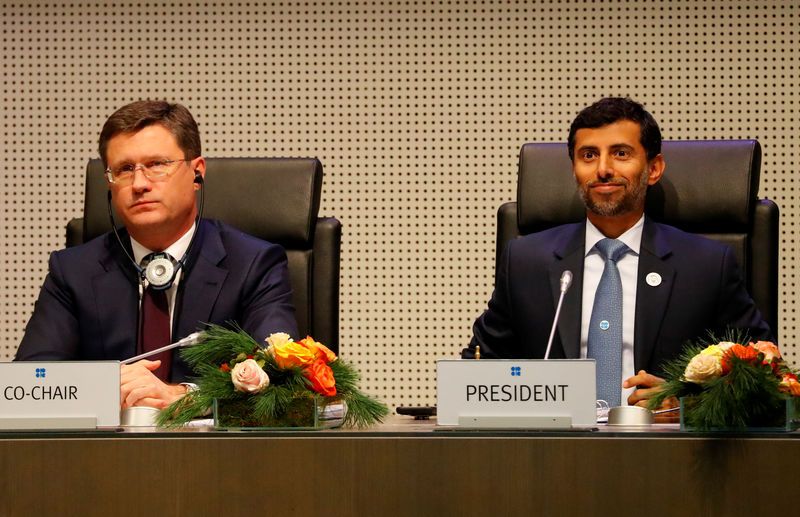 ABU DHABI — OPEC and its allies will discuss whether there is a need for deeper cuts in oil production when they hold a ministerial meeting on Thursday, Iraq’s oil minister said.

The Organization of the Petroleum Exporting Countries and allied producers led by Russia, a grouping known as OPEC+, agreed last year to cut oil supply by 1.2 million barrels per day (bpd) to support prices. The cuts came into effect on Jan. 1.

Iraqi Oil Minister Thamer Ghadhban said that when OPEC and its allies met in June “there was this common understanding that perhaps six months since January are not enough (time) to assess the cut that we have introduced and we need two more months.”

“That’s why this meeting is going to be held tomorrow, to see should we continue with this cut or should we introduce a deeper cut,” he said on Wednesday. “It’s not a unilateral decision, it is a common decision.”

The OPEC+ joint ministerial monitoring committee, known as JMMC, meets on Thursday in Abu Dhabi on the sidelines of an energy conference.
The Iraqi minister said that when cuts OPEC+ originally considered cuts in November “there were two alternatives of 1.6 and 1.8 million barrels per day”.

“But there was resistance by some members and that’s why we agreed on 1.2 million barrels per day,” he said.
Advertisement

Benchmark Brent oil prices have fallen to about $60 a barrel in recent weeks from their 2019 peaks of $75, as worries about a slowing global economy outweigh supply disruptions from sanctions-hit Iran and Venezuela.

Market players fear a U.S.-Chinese trade war could push oil demand growth below 1% for the first time in years.

Russian Energy Minister Alexander Novak said he was concerned by the slowing global economy. He told reporters that slowing demand would be discussed at Thursday’s meeting but said there were no concrete proposals so far to adjust output.

Ghadhban, whose country is the second-biggest oil producer in OPEC after Saudi Arabia, said he would meet the Saudi and Russian energy ministers on Wednesday.

On Iraqi output, Ghadhban said Iraq’s Kurdish region should respect its obligations regarding oil exports and its share in the federal budget.

The Kurdish Regional Government is supposed to give 250,000 barrels per day of oil to the federal government but is so far not complying, he said.

The Iraqi minister, speaking at the World Energy Congress in Abu Dhabi, said Iraq would continue importing gas from Iran and that there was little likelihood of reopening an oil export pipeline through Saudi Arabia.

Ghadhban said Iraq aimed to explore for gas in its western desert, saying it had “huge potential”. He said Baghdad signed a contract with a Russian firm for a gas exploration block.