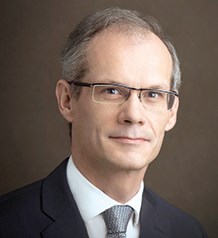 He said the situation was being aggravated by funding challenges for the joint ventures as well as low oil prices.

Terraz, who spoke at the 2016 Nigerian Association of Petroleum Explorationists Conference management session held in Lagos, said the situation had also resulted in the loss of activity and jobs for contractors providing services to the industry.

He said, “Throughout 2016, we have faced a challenging economic environment, with an average oil price around $45 per barrel. This environment requires us to adapt and reduce cost without compromising safety, while preparing for a future of growth or expansion.

“While the impact of the low oil price is not peculiar to only Nigeria, the country is particularly affected because a large part of its revenue comes from the hydrocarbon sector. In addition to low oil price, Nigeria has also experienced a reduction in production volumes due to security issues.”

The current context, he noted, was challenging for both the country and the industry, as the government was facing revenue shortages, while oil and gas companies, on their part, have had to adapt to the present realities.

The theme of the conference, ‘Nigeria Oil and Gas Industry: Tackling Our Realities’, Terraz noted, provided an opportunity to assess the current progress in the industry and the improvements envisaged going forward.

He said that Total had added over 2.3 billion barrels to Nigeria’s production from 1966 to 2015 and, in the last five years alone, had made approximately $10bn of investments in the country.

“Despite the challenging operating environment, Total remains strongly committed to the development of its activities in the country, while working relentlessly to adapt to the current environment,” he added.

In addition, he said the firm’s Egina deepwater project, currently under development, would add 200,000 barrels per day to the national oil production by 2018.

“A key feature of the Egina development is the project’s record-setting contributions to in-country value. We are proud to say that the Egina project has the highest level of Nigerian content of any oil and gas project to date,” he added.