Osinbajo at Davos, assures of improved power supply in “next couple of years” 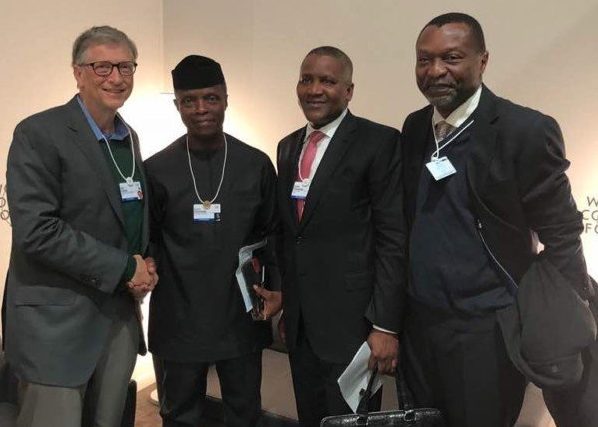 27 January 2017, Sweetcrude, Abuja – Vice President Yemi Osinbajo has said that with the various efforts being made by the Federal Government, the power situation in the country will be better “in the next couple of years.”

He also said with the commitment being displayed by the government, the country would soon achieve maximum security.

Osinbajo said these at a business dinner he hosted on the sideline of the 2018 World Economic Forum in Davos, Switzerland, according to a copy of his speech made available to journalists by the Senior Special Assistant to the Vice President on Media and Publicity, Mr. Laolu Akande.

“So we think that, in the next couple of years, we will have a power situation that will certainly be a lot better than what we are experiencing today,” Osinbajo said.

He stated that the Federal Government was trying to address some of the problems being witnessed in the country.

Osinbajo added that the government let go of power marketing in such a way that many players could come in to do more from generation to distribution. 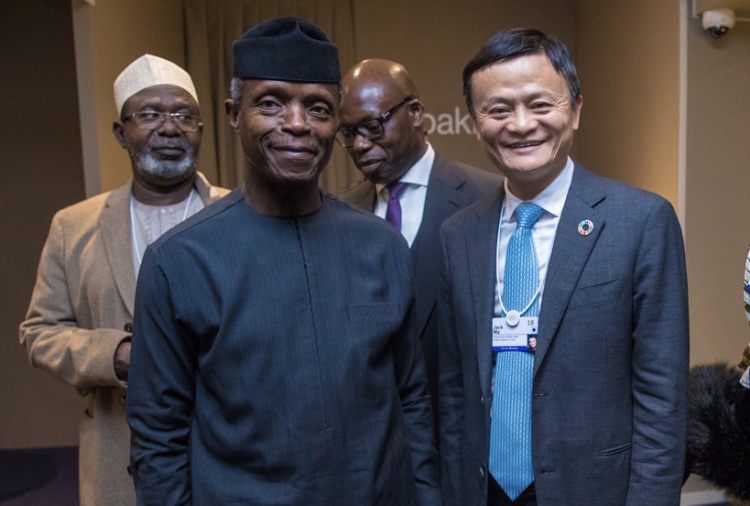 He said emphasis was also being placed on transmission because it had been discovered that it remained one of the critical areas.

Osinbajo stated, “Transmission and distribution are critical areas for us and we are working very hard to ensure that we are able to do a lot with some of the transmission and the distribution assets that we have. l know that a lot of those who are here are converts or at least people who do business and want to continue to do business in Nigeria.

“l want to thank you for the support you have given us over the years and hope that you will not only maintain that support but also work with us in being able to create a better business environment and being able to do the kind of businesses that can be done in Nigeria.”

The Vice President further stated that the Federal Government and private sector will collaborate in creating Special Economic Zones (SEZs), starting first with the Textile and Garment industry in the hope of spurring the nation’s economic development.

Speaking yesterday at an interaction with selected investors in Davos, at the ongoing World Economic Forum, Osinbajo noted that “having the right mindset and understanding where we want to go”, will affect the implementation process whilst ensuring things get done in the nation’s business environment.

He stressed that the collaboration between private sector and the government ensures consistency in the implementation of economic policies.

The Vice President added that one of the reasons he is optimistic about the forthcoming SEZ for garment manufacturing is because it is “specific and is something we can measure very quickly; working with investors and allowing them to tell us what they want to achieve. This will help us attain set objectives.”

Furthermore, Prof. Osinbajo stated that having labs, where issues around effective implementation plans would be intensely discussed with expert participants drawn from the private sector and public sector, will also help ensure “that we achieve our objectives” as those labs will set up the implementation agenda and see it through to the end.