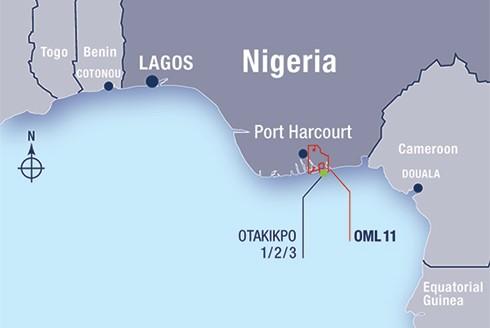 05 January 2018, Lagos – West Africa focused oil and gas firm Lekoil revealed Thursday that 197 square kilometres of 3D seismic data will be acquired at the Otakikpo Marginal Field in OML 11, onshore and offshore in the south-eastern part of the Niger Delta, to update the existing 2D coverage.

The company’s joint venture with Green Energy International Limited (GEIL) has signed a contract with Sinopec Changjiang Engineering Services Limited to acquire the data. The seismic acquisition is expected to commence in the first quarter of this year. Following the completion of the seismic acquisition, the new 3D seismic data will be processed and interpreted.

Otakikpo currently has an estimated 56.6 million barrels of gross unrisked 2C contingent resources and an additional 163 million barrels gross of Stock Tank Oil Initially In Place (STOIIP) upside on a P50, unrisked basis, according to Lekoil.

“Today’s announcement demonstrates Lekoil’s progress into the next phase of delivery and growth,” Lekan Akinyanmi, Lekoil’s CEO, said in a company statement.

“The company expects the phase two development to be fully funded by industry players, which the company is already in discussions with,” Akinyanmi added.