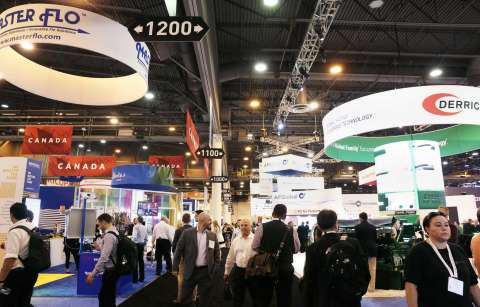 Houston, Texas — Attendance at the Offshore Technology Conference fell for the fifth consecutive year to 59,200, despite stable oil prices and a spike in new discoveries.

The conference kicked off with a sense of optimism in the wake of new offshore oil discoveries, including one from Exxon Mobil off the coast of the South American country Guyana, another from the China National Offshore Oil Corp in the North Sea off the coast of the United Kingdom and from Spain-based Repsol which found an oil-rich deposit off the coast of Indonesia.