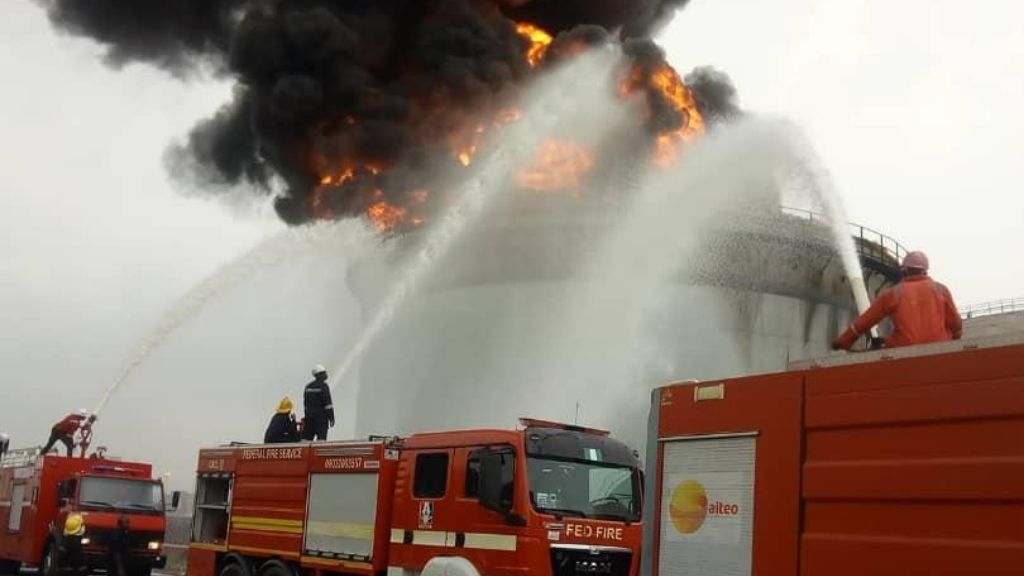 Lagos — OVH Energy, operators of the tank farm gutted by fire on Thursday at Marine Beach, Ijora, Lagos State has confirmed the incident in a statement by its Corporate communications Department.

According to the release, the fire started from a nearby tank within the terminal, adding that an investigation is ongoing to unravel the cause of the incident.

No loss of life or casualty was recorded, the company added.

The statement said : ” We confirm reports on the fire incident which took place at the OVH Energy, terminal 1, at Apapa this afternoon.

“Preliminary information about the incident reveals that the fire emanated from a tank within the terminal.

“Whilst an investigation has been launched to ascertain other details, we have a team of professional fire fighters on ground to manage the outbreak.

“We are happy to state that as at the time of this report, there are no casualties recorded.”

It said safety remains OVH Energy’s priority as the company operates under high safety standards to curb fire outbreaks as well as other health and safety risks from happening at any of its stations.

Farinloye said the fire started at the depot about 12.05 p.m.