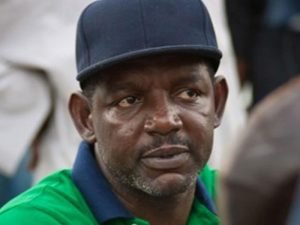 According to the papers tagged ‘West Africa Leaks’, the investigation took place in 2016.

The collaboration has brought in new West African partners from Chad, Niger, Benin, Cote d’Ivoire, Ghana, Liberia, and Senegal. This collaboration is expected to strengthen cross-border investigations as well as strengthen many newsrooms’ reporting in the region.

What this translates into was a Nigerian entity acquiring another Nigerian company via two shell companies in-between.

Tax experts still working on this transaction who were not named, say the only business reason for this otherwise complicated corporate structure, is a tax exploit.

The consortium used to acquire Chevron’s entire downstream assets is a Panamanian registered company that goes by the name of Corlay Global SA.

Corlay Global SA is the corporate warhorse with the mission to string multiple prospects in the oil sector into the emerging colossus of the MRS empire.

The six transactions, totaling almost $1 billion, would be subject to multiple tax regimes depending on the different laws of the six countries.

Tax experts working with Premium Times on this investigation say they are convinced that the transaction skillfully avoided the withholding tax regime.

While MRS declared that the acquisition of the entire share capital of Chevron Nigeria Holdings Limited was done in partnership with Petroci Holding as a consortium named Corlay Global SA, tax compliance questions persist.

Documents have shown that MRS is a majority shareholder of Corlay Global SA, which gives MRS decisive powers in running the company.

Another document showed that Mr. Sayyu Dantata, owner of MRS, is the sole signatory to Corlay Global SA.

Acquisition, funding of the six companies

The path to the mega MRS acquisition dates officially to November 3, 2008, when Corlay Global SA, through a board resolution, discussed the acquisition of the six companies and posed the challenge of how to source funding to execute the transaction.

The resolution was, in corporate terms, the first documented evidence of the true identity of Corlay Global SA (wholly owned by M.R.S Holdings and Société Nationale d’Opérations Pétrolières Côte d’Ivoire trading under the name “Petroci”) as the special purpose vehicle for acquiring 100 percent of five Chevron companies (Cameroon, Nigeria, Benin, Congo and Côte d’Ivoire). It also suggested that with respect to the sixth company, Chevron Togo SA, only 65 percent of the shares would be purchased. However, further documents also show that this 65 percent of Chevron Togo ultimately constitutes 100 percent of the shareholding by Chevron Africa in the equity capital of Chevron Togo.

Regarding the animate clout of real corporate power, however, Corlay also assigned and gave full signatory authority and ability to “act alone or together for the company, in the company’s name, place, behalf and stead” to Mr. Sayyu Dantata (Chairman MRS holding), Kassoum Fadouki (Former managing director of Petroci holding) and Patrice Alberti (a man that fronts for MRS Holding).

Many months after the bridge facility agreement, on May 29, 2009, Corlay Global SA granted Mr. Dantata the general power and individual signatory right of Corlay Global SA.