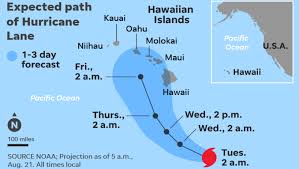 “We have only minimal staff at the refinery,” said Par Hawaii spokesman Lance Tanaka. “We hope to restart as quickly as possible.”

Island Energy Services, which operates a 54,000 bpd refinery in Kapolei, said it was closing seven retail filling stations on the island of Oahu, where the refinery is located.

Island Energy did not provide an update on the refinery’s status.