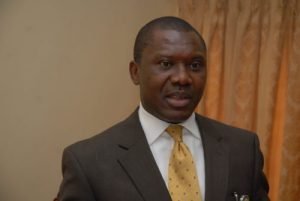 Oscarline Onwuemenyi
06 April 2018, Sweetcrude, Abuja – The Petroleum Equalization Fund Management Board (PEFMB) has disclosed that its plans to unveil petroleum equalization for railway operators would soon be launched, adding that a number of investors have already finalized plans to begin operations in the sector.

The General Manager, Corporate Services at PEF, Dr. Goddy Nnadi, who disclosed this to our correspondent in Abuja, explained that with the recent effort by the government to resuscitate rail transportation in the country, PEF is prepared to begin equalization for petroleum products transported by rail.

He said, “We are moving into a new terrain, which is railway equalization, so that movement of products would not be by road alone. We are working with the Nigerian Railway Corporation, the Petroleum Products Marketing Company (PPMC) and two companies to develop the modalities for the initial roll-out of the rail equalisation.

Nnadi also stated that the Fund would be using the EDZ Map, a mapping technology that will give you the distances which will determine how much you are going to pay per litre if moved by rail. We expect to start it by June, with the movement of products from Lagos to Kano.

According to Nnadi, the committee, which includes PEFMB and other major stakeholders in the downstream sector, has done the preliminary work, adding that, “the IT people are now working on how to develop the transportation differential zones, and the amount to be reimbursed to marketers when they move products by rail.”

He noted that two firms, Innovative Ideas Development Services Limited and Rail Connect, have concluded partnership agreement with the Petroleum Products Marketing Company (PPMC), the National Road Transport Operators (NARTO) as well as some major marketers on the take-off of the project.

He noted that, “The report on the commencement of the Railway Equalization has been completed, and we are ready to go. All that remains now is for the Board to meet and work out the details and approve the report.”

Nnadi emphasized the benefits that the proposed railway equalization would bring for the nation’s downstream petroleum sector in particular and the economy at large.

“We believe that when it is completed, it will go a long way to alleviate the pressure on Nigerian roads occasioned by hundreds of tankers plying the roads. It would also create more employment opportunities for so many people in the country.”

Nnadi explained that at the moment negotiations are ongoing between several stakeholders including the Nigerian Railway Authority, the Ministry of Transportation, the Ministry of Petroleum Resources, and major oil marketers on the proper scheduling and

He added that “The Nigerian Railway Corporation has a lot of rail tanks that are lying idle; if you go to Apapa there are lots of these tanks along the rail lines but because nobody bothers to use them they are there. If we switch to rail, the pressure on our roads will be reduced.”

He noted that in 2005, Oando Petroleum Company tried the rail option to transport petroleum products, but the exercise was not successful. “I think they are willing to try again. A lot of marketers including Pipelines and Products Marketing Company are collaborating with us.”

The GM explained that the rail option would not make tanker drivers redundant, adding that it would instead complement their jobs.

He said, “The Nigerian economy is growing and the more it grows, the more you need the rail option. In the next one or two months, we hope to kick-start the project. It will not be very fair to say that the country’s rail service is not effective. Trains have been moving from Lagos to Abuja so cargo trains will be useful.”