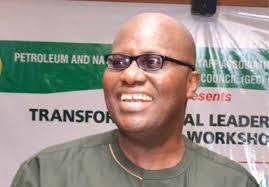 Port Harcourt — The National President of the Petroleum and Natural Gas Senior Staff Association of Nigeria, PENGASSAN, Comrade Francis Olabode-Johnson, has passed on.

Details of his demise are still sketchy at the moment, but the Chairman, PENGASSAN and NUPENG Committee on PIB, Comrade Chika Onuegbu, confirmed the development on his social media handle, this morning.

Also, past leaders of some units and zones of the union have also confirmed the sad development.