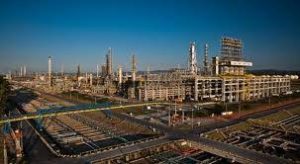 29 September 2018, News Wires — Brazilian state oil company Petroleo Brasileiro SA is operating its refineries at a utilization rate of 85 percent and has gained market share in diesel after a subsidy program was instituted, an executive said on Thursday.

Petrobras, as the company is known, previously reported its refinery utilization rate was 81 percent in June.

The company is still negotiating a partnership to finish building the Comperj refinery in Rio de Janeiro and it expected to have an announcement on the matter by the end of the year, said Jorge Celestino, director of refining and natural gas.