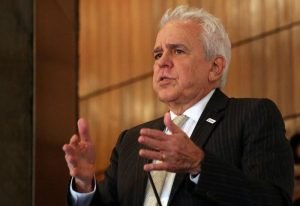 Speaking with lawmakers, he said the company had not identified any of its own oil in its analyses.

He also said that, in order to maintain stable production, Petrobras, as the company is known, needed new reserves of 1 billion barrels per year, at a cost of $3 billion.