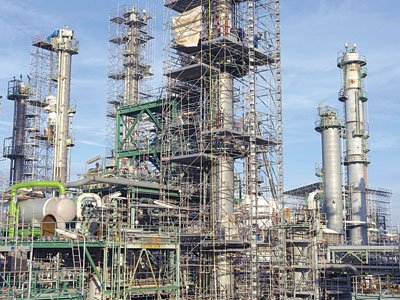 Port Harcourt — A coalition of petroleum workers associations, on Tuesday, issued the Federal Government 30days ultimatum, to fix the nation’s four refineries or they will withdraw their services nationwide.

The coalition during a protest at the Port Harcourt Refinery, called on President Muhammadu Buhari to urgently sack the Group Managing Director of NNPC, Mele Kyari, over alleged incompetence and failure to revamp the country’s refineries.

The Chairman, Independent Petroleum Marketers branch of NUPENG, Udonwo Uche Stanley, alleged that the simultaneous non-functioning of the refineries across the country, was a deliberate ploy to enrich few people in the country.

Stanley vowed that the unions will embark on strike, if their demand for the refineries to be fixed, are not met by the Federal Government, as stakeholders are worried over why private depots are active, while the government owned depots are idle.

“We can’t understand why the four refineries in Nigeria cannot be put to work, when we have crude oil in the country but they rely on going outside the country to bring petroleum products and when they do that, they siphon the products to private tank farms.

“We cannot accept it any longer, the public are dying, why should the government allow these facilities to rot and private tank farms owners are living large, we therefore demand for the immediate sacking of the Group Managing Director of NNPC, Mr Mele Kyari.

“Again, we are giving 30 days ultimatum to revamp the already existing refineries which we know are in good shape.”

Also speaking, Chairman of IPMAN in Rivers State, Joseph Obelle, said the GMD of NNPC should be sacked for his inability to fix the nation’s four refineries.

“We the stakeholders are worried why Port Harcourt refinery depot and other refinary depots have been abandoned and private depots are awake, that is why we are protesting today.

“The Port Harcourt refinery is in a good condition, we are saying that that the refinery should be put to use, if the place becomes operational, products would be more available and a lot of workers would be working.

“The Port Harcourt refinery depot, for the past two months, had been without products, but private depots have products and are working optimally, the NNPC is the sole importer of petroleum products in Nigeria yet the government owned depots have no products.”

For his part, Chairman of PTD, PHRC Unit, Johnbosco Bosco, said the non functioning of the Port Harcourt Refinning Company, has brought untold hardships to over 10million Nigerians who feeds from the refinery and depots.