PGIB: Nigeria loses over N72 trillion to uncertainty in 8 years 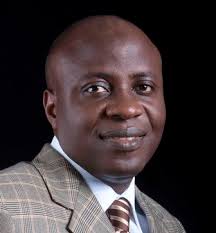 21 March 2018, Sweetcrude, Lagos — The failure of Nigeria to pass an over-arching law for the petroleum sector after repeated attempts have continued to accumulate huge costs for the country, estimated at more than $200 billion (N72,100 trillion) over the last eight years.

The Executive Secretary of the Nigerian Extractive Industries Transparency Initiative, NEITI, Mr. Waziri Adio revealed this to SweetcrudeReports on Monday in Abuja.

According to him, the huge sum was lost due to business uncertainty, lack of clarity and inadequate transparency mechanisms from 2008 to 2015.

The Petroleum Industry Governance Bill, PIGB was first introduced in the Senate in April 2016, withdrawn for further consultation in June 2016, and eventually passed by the Senate on 25th May 2017.

The House of Representatives followed suit on 19th January this year when it passed its own version of the PIGB.

Waziri stressed that Nigeria is increasingly in competition for oil and gas investments with many other African countries, not to talk of other jurisdictions.

In the eight years that the former PIB was first presented for legislation, experts estimated that over $120 billion, at over $15 billion yearly, was lost to investment withheld or diverted by investors to other more predictable jurisdictions.

NEITI’s 2013 audit of oil and gas sector revealed that a cumulative 410.4bn and N378.7bn was lost, under-remitted or outstanding due to inefficiencies, theft or absence of clear fiscal regime in the sector.

At the current exchange rate, total losses, under remitted and underpayment for 20013 alone summed up to N3.2 trillion.

“Proper governance framework and clearer fiscal regime for the sector could have resolved most of the underlying causes”, he added.

Experts have argued that stretching back to the period before the life of PIB, Nigeria’s oil and gas sector has continued to deteriorate largely due to the fact that the laws that govern the petroleum industry are either not sufficient for effective regulation of the sector, or too outdated to be relevant in today’s global energy environment.

For instance, the Petroleum Act of 1969 was enacted when the country’s economy revolved less around oil and when the global oil market was less competitive than today’s.

Yet, the country has failed to enact laws to adapt to the changing realities in the sector locally and internationally, thereby reducing the numbers of investments attracted to the country.

Waziri then charged stakeholders in the sector to ensure transparency and accountability even as the governance aspect of the PIGB is about to be implemented.

“There is no perfect law, including the PIGB. Laws should be reviewed from time to time. Having the PIGB is not and should not be an end but the transformation in the industry for the benefits of all”, he said.