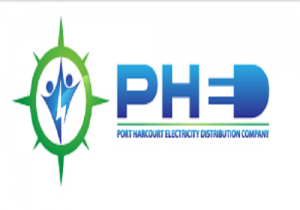 Port Harcourt — The Port Harcourt Electricity Distribution Company, PHED, has debunked the rumour that the company was threatening to switch off power supply in Rivers State, over the arrest of its officials by COVID-19 taskforce in the state.

PHED Manager, Corporate Communications, John Onyi, who admitted that PHED staff have been arrested on various occasions while carrying out their duties as essential workers during the Covid lockdown, said the company remains committed to delivery of electricity to customers.

Onyi explained that it was untrue thatt PHED was contemplating to throw Port Harcourt and the entire Rivers State into darkness, as that would be foreign to the core values which the company stands for.

He also highlighted the company’s 24/7 service line where customers can directly complain, in the event of loss of supply in any area, for immediate attention and subsequent restoration.

“The attention of the Port Harcourt Electricity Distribution Plc has been drawn to a viral social media report that PHED is threatening to switch off power supply in Rivers state arising from the arrest of its officials who were subsequently taken to isolation centre in Port Harcourt by the Government of the Rivers state.

“Whilst it is true that PHED staff have, at various times during the COVID lock down, been arrested in the course of the dutiful delivery of essential services to the good people of Rivers State, PHED however, remains unwavering in its avowed commitment to delivery of electricity to its valued customers.

“Therefore, there is no iota of truth that PHED was contemplating to throw Port Harcourt into darkness as that would be foreign to the core values that PHED stands for.

“PHED as a major player in the electricity industry value chain will not embark on any action that will cause displeasure or discomfort to its esteemed customers and the general public as a whole.

“Our role and responsibility, as always, is to ensure that we offer necessary support as much as we can during this period of covid-19 pandemic.”

The management of PHED also appealed to all state security apparatus in her franchise area, to accord its staff members all the support required to enable them perform their essential role in providing electricity to all.

“PHED will continue to render its services through efficient distribution of power supply to its valued customers in Rivers , Bayelsa, Cross River and Akwa Ibom states based on what it receives on daily basis from the Transmission Company of Nigeria, TCN.

“PHED, it will be recalled through its press releases on 23rd and 29th March 2020, widely circulated, had assured its esteemed customers in the aforementioned states that the workers would be on ground despite the spread of COVID-19 pandemic with special regard to following all the preventive measures so as to ensure seamless service delivery. ”