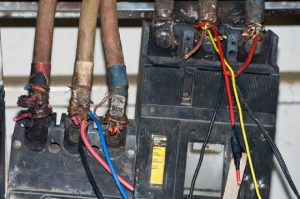 Port Harcourt — The Port Harcourt Electricity Distribution Company, PHED, has vowed to arrest and prosecute any person, group of persons or corporate body found to be engaged in meter bypass on its network.

The Managing Director of PHED, Dr Henry Ajagbawa, who gave the warning following what he described as the alarming trend of meter bypass, said the company loses about 30 percent of its anticipated revenue to meter bypass on monthly basis.

While describing the situation as unacceptable, the PHED boss revealed that meter bypass is a criminal offence punishable under the law, as enshrined in section 94 (3) of the Electric Power Sector Reform Act, EPSRA as well as in the Miscellaneous Offences Act.

He said that customers involved in such illicit act have completely misinterpreted the company’s silence as an encouragement to plunge a going concern into moribund.

“From inception in 2013, the company has been battling with many odds militating against its sustainability ranging from energy theft, illegal reconnection, intimidation & harassment, non-payment of electricity bill, staff assault and to meter bypass with the latter out of control.

“Henceforth, we will no longer accept mere disconnection for meter bypass as anyone apprehended would be immediately reported to the police with sufficient evidence for prosecution including naming and shaming through various media channels.

“PHED will collaborate with security agencies and a crack team of anti-energy theft squad to work on a daily basis with the Revenue Protection Department of the company to achieve its goal of bringing all perpetrators to book.

“Section 94 (3) of the Electric Power Sector Reform Act, says notwithstanding anything contained in any other law, any person who wilfully destroys, injures or removes equipment or apparatus of a licensee commits an offence and is liable on conviction to imprisonment for a period of not less than five (5) years and not more than seven (7) years.

“Also, under Section 400 of Nigerian Criminal Code, any person who fraudulently abstracts or diverts to his own use or to the use of any other person any mechanical, illuminating, or electrical power derived from any machine apparatus, or substance, the property of another person, is guilty of a felony and is liable to imprisonment for three years.

“Section 1 (9) of the Act provides that any person who unlawfully disconnects, removes, damages, tampers, meddles with or in any way whatsoever interferes with any plant, works, cables, wire or assembly of wires designed or used for transforming or converting electricity shall be guilty of an offence and liable on conviction to be sentenced to imprisonment for life.

“Section 1 (10) of the Act provides that any person who unlawfully disconnects, removes, damages, tampers, meddles with or in any way whatsoever interferes with any electric fittings, meters or any appliances used for generating, transforming, converting, conveyancing, supplying or selling electricity shall be guilty of an offence and liable on conviction to imprisonment for a term not exceeding 21 years.”

The PHED boss further urged customers with faulty meters not to tamper with the asset, but to report to the nearest PHED office or call its 24/7 Call Centre on 070022557433 to lodge their complaints.

“Finally, it is no longer business as usual as we are prepared to trigger the extant laws to curb this ugly menace of meter bypass,” Dr Ajagbawa warned.