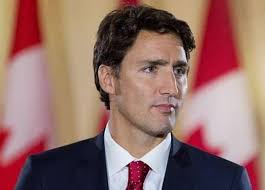 31 August 2018, News Wires — With one surprise court ruling, Canadian Prime Minister Justin Trudeau faces the risk of contesting next year’s election with key pieces of his economic and environmental plans in ruins.

The day’s events amplified criticism that Trudeau has failed to produce a regulatory system in which oil pipelines stand a chance of approval and undermined the PM’s ambitions to reduce emissions.

In short, they left him vulnerable to bleeding disappointed supporters on both his right and left, said Paul Thomas, professor emeritus at University of Manitoba.

“A lot was riding on the energy file,” Thomas said. “There is no spin you can put on this that would be positive.”

At the heart of the centrist Trudeau’s plans for the economy and environment was a bargain with Alberta, Canada’s energy province. The Liberal government approval of Trans Mountain would provide Alberta oil producers with a larger export outlet to the British Columbia coast, and secure Alberta’s support of Trudeau’s national emissions plan.

Trudeau doubled down in May, agreeing to buy the faltering pipeline project for C$4.5 billion from Kinder Morgan Canada .

But Trudeau’s bargain collapsed with the court’s rejection and Alberta Premier Rachel Notley’s exit from the carbon plan.

“Now they run into double jeopardy politically because they have an issue of whether they can deliver. And it’s having a knock-on effect on other issues, like carbon pricing.”

The party, which won a huge 2015 majority, is running close with the opposition Conservatives according to polls, and faces another risk in tough U.S. trade talks.

Trudeau on Friday said he could proceed with a national environment plan without Alberta’s support.

His worst scenario would be to shed environment-minded voters to the New Democratic Party and economy-focused supporters to the Conservatives, while other Liberals stay home on voting day expected in October 2019, Nanos said.

Such a scenario would weaken Trudeau in British Columbia and Quebec, potentially costing a second term, Nanos said.

To be sure, opposition leaders have struggled to connect with voters, making it harder to capitalize, Thomas said.

But there is no quick path either to resolving Trudeau’s pipeline-centered problems. The court flagged regulatory agency the National Energy Board (NEB) for wrongly excluding a review of tanker traffic, and criticized Ottawa for failing to meaningfully consider indigenous concerns.

Trudeau could assemble a team to consult First Nations, and direct the NEB to produce a study of tanker traffic, said Richard Masson, executive fellow at the University of Calgary.

Accomplishing that and approving Trans Mountain again before the next campaign would be challenging, at a time when the Liberals are separately legislating tougher regulations for resource projects, Masson said. Appealing to Canada’s Supreme Court may be faster, said Robin Junger, a lawyer at McMillan Vantage dealing with environmental and aboriginal issues.

“In an ideal world, the Liberals would knock the pipeline off the news.” (Reporting by Rod Nickel in Winnipeg, Manitoba Additional reporting by Allison Martell in Toronto Editing by Matthew Lewis)