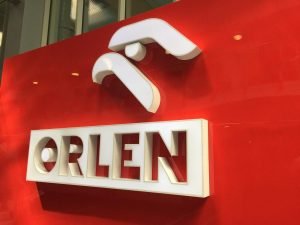 Warsaw — Poland has shelved plans to merge oil refiner PKN Orlen and gas firm PGNiG due to disagreements within the government and pending the outcome of PKN’s attempt to purchase rival Lotos, three sources familiar with the situation said.

Since coming to power in 2015, Poland’s conservative Law and Justice party (PiS) has sought to increase state control over the economy, while reducing the role of foreign investors.

The PiS-led government has halted privatisations and started merging some state-controlled companies, with PKN leading the consolidation drive.

In 2018, PKN announced plans to take over smaller rival Lotos. But is has not yet received approval from the European Commission, which is concerned the deal could undermine competition.

In February, local media reported PKN might take over PGNiG, bringing together two companies reliant on Russian supplies to create a national oil and gas group.

“We could say more (on a potential PKN-PGNiG merger) when the Lotos issue is settled,” said a government source.

The merger project also depends on the result of power struggles within the PiS, which has appointed many of its allies as top managers of state-run companies, two of the sources said.

They said support for PKN’s deal-hungry Chief Executive Daniel Obajtek, who recently completed the purchase of state-run utility Energa, had waned within the PiS.

Meanwhile, PGNiG Chief Executive Jerzy Kwiecinski, who is against PKN taking over PGNiG, has succeeded in blocking the deal for now, the sources added.

The state assets ministry and PKN Orlen did not reply to Reuters questions. PGNiG declined to comment.