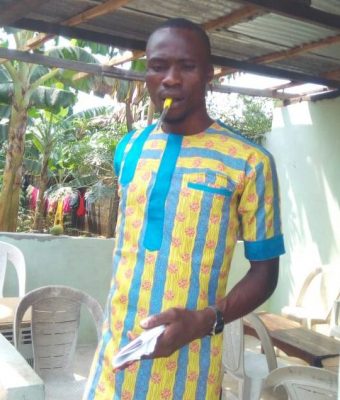 27 January 2018, Sweetcrude, Port Harcourt — A young man who has been parading himself as a marketer of the Port Harcourt Electricity Distribution Company, PHEDC, has been apprehended in Nwaniba area of Uyo, the Akwa Ibom State capital.

The suspect identified as Ndifreke Sunday ran out of luck when some electricity customers whom he had previously collected money, with intention of helping them to pay their electricity bills, ran into him at the point of doing the same to another customer.

The swindled customers raised the alarm which attracted the neighbourhood and he was immediately arrested and handed over to Ewet Housing Divisional Police Station, Uyo from where he would be charged to court.

Narrating the incident, the Spokesperson of PHEDC, Mr. John Onyi, said the fake marketer has for the past two months been collecting money from unsuspecting customers, claiming that he was recently engaged as new marketer covering the area.

Onyi explained that the affected customers started raising an eyebrow and began to search for the suspect when the money he claimed to have paid did not reflect in their subsequent electricity bills.

It will be recalled that the Acting Chief Executive Officer of PHEDC, Engr. Kingsley Achife had recently drawn the attention of its customers to be aware of fraudsters who masquerade themselves as a staff of the company.

Achife had warned every electricity users not to give money to anyone including the staff of the company for the purposes of paying bills on their behalf apart from the designated PHED offices, banks and the accredited agents.