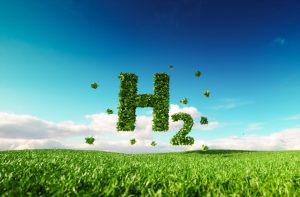 Lisbon — Portugal will start producing green hydrogen by the end of 2022 and already has private investment worth around 10 billion euros ($12 billion) lined up for eight projects that are expected to move forward, Environment Minister Joao Matos Fernandes said.

He told Reuters in a telephone interview there were also several “pre-contracts for the purchase and assembly of electrolysers” to produce the zero-carbon fuel made by electrolysis out of water using renewable wind and solar energy.

Such hydrogen is more expensive to extract than the heavily polluting conventional method of using heat and chemical reactions to release hydrogen from coal or natural gas, known as brown and grey hydrogen respectively.

Hydrogen is now mostly used in the oil refining industry and to produce ammonia fertilisers, but sectors such as steelmaking, transportation and chemicals are beginning to develop large-scale hydrogen applications to gradually replace fossil fuels as countries try to reduce pollution.

The European Commission has mapped out a plan to scale up green hydrogen projects across polluting sectors to meet a net zero emissions goal by 2050 and become a leader in a market analysts expect to be worth $1.2 trillion by that date.

“By the end of 2022, there will certainly be green hydrogen production in Portugal,” Matos Fernandes said. “Green hydrogen will, over time, allow Portugal to completely change its paradigm and become an energy exporting country.”

He said seven groups had submitted applications under Europe’s IPCEI scheme for common-interest projects to make part of a planned export-oriented “hydrogen cluster” near the port of Sines, from where hydrogen could be shipped to Rotterdam. Total investment there is estimated at some 7 billion euros.

A consortium including Portugal’s main utility EDP, oil company Galp, world’s largest wind turbine maker Vestas, among others, is behind one of the projects.

Altogether, these envisage an installed capacity of over 1,000 megawatts (MW).

Matos Fernandes said Portugal was also negotiating with Spain the construction of a pipeline for renewable gases, including hydrogen, from Sines to France, crossing Spain.

Spain and Portugal also want to develop an ambitious cross-border lithium project taking advantage of the geographical proximity of their lithium deposits and aiming to cover the entire value chain from mining to refining, cell and battery manufacturing to battery recycling, he said.

Portugal is already a large producer of low-grade lithium mainly for the ceramics industry, but is preparing to make higher-grade metal used in electric car batteries.

A much-awaited licensing tender for lithium-bearing areas that has been delayed by the COVID-19 pandemic should take place by the year-end, Matos Fernandes said.

He promised the tender would address environmental concerns by local communities and there would be no lithium mining “at any cost”.

The minister also said Portugal would use its six-month presidency of the Council of the European Union to finalise a landmark law that would make the bloc’s climate targets irreversible and speed up emissions cuts this decade, expecting it to be approved in the first half of 2021.