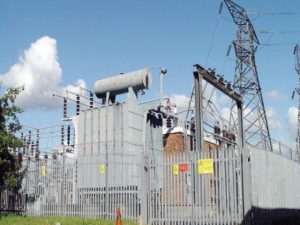 05 August 2017, Sweetcrude, Abuja – The Association of Nigerian Electricity Distributors (ANED), the Economic and Financial Crimes Commission (EFFC), the Police and other security agencies, are collaborating to rid the power sector of corrupt officials, it was learnt.

ANED’s Executive Director, Research and Advocacy, Mr. Sunday Oduntan, said the deal had reached an advanced stage, adding that many workers had been investigated for bribery, stealing and extortion of consumers. He said those found guilty would be kicked out.

Oduntan said: “Some workers of the Ibadan Electricity Distribution Company (IBEDC) and other power distribution companies who were found guilty of grievous offences, such as stealing of electricity facilities or money, have been handed over to EFFC for investigation. Also, they have been forced out of the system, by their employers.

“Many of such people would follow suit very soon. The exercise is taking place across the country as part of efforts to sanitise the sector. We, at ANED, frown at such practices and have vowed to stop them, hence our decision to set up a team that is investigating criminal issues involving workers of the Discos. The anti-graft agency complements our investigation by making it more effective and stronger.”

According to him, ANED, the umbrella body of the 11 distribution companies, is on top of the game as it gets information on where such illegal activities take place and follow it up.

“If any member of the public is extorted by any of the officials of the Discos, we would get necessary information on the officials involved, we would report him or her to the Disco that has employed her. The Disco, in turn, would carry out its own due diligence on the issue in order to find out whether the allegation levelled on such person(s) are founded or not. We work as a team as we do not leave any area untouched in our investigation,” he added.

Oduntan said ANED had visited Abuja, Plateau State and other parts of the country to monitor the officials and get reports on their conducts.

He said the issue of sanitising the sector must start in the house first before going outside.

On the issue of debts, Oduntan said the Ministries, Departments and Agencies (MDAs) owe the utility huge debts, adding that failure of the MDAs to pay their debts have made the debts accumulate over the years, which poses a big problem to the sector.

He explained that the inability of the firms to meet their obligations to customers by supplying them electricity regularly, meters, and other equipment, was as a result of the debts which run into billions of naira.

The Discos, he said, were lacking funds to operate, stressing that the issue is affecting their performance. This is coupled with the fact that the power generation is decreasing in the country.

According to him, if the power generation companies (Gencos) generate enough electricity for the Discos, the Discos still need to get funds to procure modern facilities.

“The DisCos need money to replace obsolete equipment with new ones in order to attain optimal delivery,” he said.