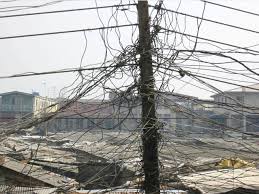 26 May 2013, Sweetcrude, Abuja – The wanton impunity and malfeasance exhibited by officials of the PHCN can appropriately be described as an insult on injury to millions of Nigerians who prayerfully continue to expect the minutest of improvement in electricity service.

A few months after the Nigerian Electricity Regulatory Commission, NERC, announced the implementation of the Multi-Year Tariff Order, MYTO, which led to the “slight” increase in electricity tariff by the Power Holding Company of Nigeria, the Commission called for the removal of the Meter Maintenance Fund, MMF, which could see some reduction in the monthly tariff paid by consumers across the country.

But Sweetcrude investigations reveal that PHCN offices across the country prey on the widespread ignorance of the populace on industry laws and regulations, and still continue to charge the MMF, among other sundry charges.
According to officials of the Commission, the Distribution Companies (DISCOs) no longer have justification for charging the maintenance fee since such a charge is adequately covered by the MYTO review.

The removal is meant to be reflected in the October 2011 bill, which is usually presented to customers in November.

Last July’s MYTO review for the electricity sector was met with protests in some quarters due to the poor state of electricity supply in the country, with many claiming that the resultant hike would further worsen the economic gloom of Nigerians. NERC officials then argued that review was long overdue since it had been proposed by the previous administration.

Before the review, DISCOs were permitted to charge certain fees including the Meter Maintenance Fund, which were aimed to help them shore up their limited funding. However, the latest MYTO review appears to have taken care of such funding, making any additional charge a burden on the consumers.

In an interview with Sweetcrude, the Chairman of NERC, Dr. Sam Amadi, expressed sympathy with electricity consumers when he charged that there has been little or no difference in the state of power supply in the country since the power reform was initiated by the Chief Olusegun Obasanjo government in 2005.
Amadi explained that Commission was in the process of consulting with stakeholders over the need or otherwise to increase electricity tariff in the country. He urged the stakeholders to be objective over the review process, noting that, “Public power supply in the country is still a standby in most homes and offices, as it was in 2005 when the reform in the sector began.”

He added that, “The state of electricity generation in this country is so terrible that one patriotic duty of
every Nigerian is to speak strongly and critically about what needs to be done to review the situation.

To us at the Commission, there cannot be a better time than now to put issues plaguing the sector back on the front burner. It comes as the Federal government is on the verge of divesting sole ownership and control of successor PHCN companies to allow private equity and management in line with the spirit of the Electric Power Sector reform Act, 2005.”

According to Amadi, the general belief in the electricity sector is that current MYTO prices cannot support investments therein as they are much lower than in most developing countries, noting that market imperfections as low generation capacity, low private sector participation, high and unprecedented operating costs and overheads still abound in the industry.

He added that, “As daunting as these challenges seem, we cannot give in to these frustrations if we must succeed. We must confront the pricing challenge while taking into consideration the prevailing economic situation of our country folk.

Need for effective regulation
NERC, to this extent has promised to sanction or prosecute any chief executive officers of Distribution Companies (DISCOs) who allow their business units to exploit electricity consumers in the country.

The energy regulator noted that after only about two weeks of implementing the new electricity tariff structure, the Commission was flooded by complaints and queries over alleged violations of the conditions of order including illegal billing and other unreasonable charges for electricity meters and estimated billing.

One particular instance offices said involved the residents of Victoria Garden City (VGC) in Lagos who were individually metered and therefore ought to be on Residential 2 class and pay fixed charge of N500 monthly and energy charge of N12.87/kWh, but were asked to pay N21,256.30 before they were allowed to vend at the Eko
Distribution Company (EEDC) VGC Business centre.

“There were also reports of customers being asked different charges or being required to pay for fixed charge for every time they want to recharge their meter. All such practices are fragrant breaches of the MYTO 2,” one official told Sweetcrude.

According to him, NERC is determined to ensure that under the new tariff, no electricity consumer will be exploited by distribution companies. “As soon as we received the report of overbilling of VGC consumers we quickly investigated and wrote tot eh CEO of the Eko Distribution Company for the immediate stoppage of the illegality.

“Because the Eko Distribution Company case involved possible forgery of NERC’s order and criminal behavior, we have invited the Economic and Financial Crimes Commission (EFCC) to investigate the matter and the officials who may be liable for criminal prosecution,” Amadi stated.

He added that, “As part of ensuring that the new tariff does not become a windfall for the distribution companies while inefficiency continues in the system, we promised that the DISCOs will supply meters to every consumer within the next 18 months starting from June 1, 2012. We also promised that we will sanitise the methodology for estimation such that unmetered consumers are estimated accurately for the amount of electricity they use and new customers pay minimal connection fees.”

He said it was important to clarify the situation to the public in order to empower them to demand quality service from providers and reject any form of exploitation.

“We want to restate that under the new tariff, consumers on Residential Class 1 (the rural and urban poor) will not pay any fixed charge and will only pay only N4 per kilowatt hour (KWH). Every distribution company will provide NERC its total number of customers on R1 so we can effectively monitor to ensure that no lifeline customer is made to pay fixed charge or billed more than the approved lifeline tariff,” he said.

He added that, “Fixed charges are paid only once a month irrespective of how many times a customer recharges his prepaid metre. Any CEO of a distribution company who allows its business units to charge consumers fixe charge more than once a month or exploits them in anyway violates the MYTO and is liable for sanction for sanction and possible criminal prosecute by the appropriate authority.”

He noted that as a regulator, NERC’s commitment is to regulate the industry in a manner that guarantees sustainable expansion of capacity and improvement of customer service.

“We understand that the grave crisis of the sector is caused by the absence of good corporate practices and ineffective regulation for many decades.

“The premise of the Electric Power Sector Reform Act 2005 is the establishment of a new electricity industry that is effectively regulated to provide Nigerians access to adequate, stable and reliable electricity. At this stage of the electricity industry, visible improvement in service delivery is a clear and pressing need,” he added.

Estimated billing gone wild
The NERC boss has explained that on the issue of meters and estimated billing, the Commission has been consistent in stating that under the new tariff structure, the cost of meters has been included in the revenue requirement which is covered by the retail tariff.

The Commission announced recently that it has inaugurated a committee to investigate corrupt, exploitative and illegal practices through inadequate or poor metering by staff of Distribution Companies (DISCOs), as part of the Commission’s public inquiry into the Nigerian Electricity Supply industry.

The Committee is charged with the mandate to determine the extent of metering of electricity customers in the country, as well as factors which delay the procurement and installation of meters in accordance with rules and regulations in the industry.
According to Amadi, the rational for the inquiry is “to arrest the scourge of complaints which centre on the
experiences of customers with regards to metering, billing and consumer care.”

He added that, “The inadequate supply of energy is most important technical issue but is not the priority social or human issue. The corruption of staff of utilities who exploit customers in many ways is the major challenge in the sector. This assertion, however, needs to be verified and stopped.

“This event is therefore very important in the Commission’s data gathering process aimed at addressing the perennial problems of metering in the Nigerian electricity supply industry.”

The committee is expected to recommended remedial actions to deal with lapses and corrupt practices with regards to metering and customer care in the industry, as well as suggest how NERC can ensure effective and quick metering of customers in the industry.

It would also suggest a framework for the effective implementation and monitoring of metering and billing activities to take effect after the Multi-Year Tariff Order, MYTO, which is expected to kick off next year.
Amadi further noted that in order to ensure transparency and openness in the process of addressing the root cause of the malaise, the Commission is initiating the fact-finding mission with the active participation of some distinguished members of the Nigerian population selected from all over the country.

According to the NERC boss, this was done to promote fairness, objectivity, and balanced reporting of the facts as discovered from the public sittings to be held across the country.

“It is envisaged that at the end of the three months allocated for this assignment, the committee would have gathered adequate data and information from memoranda and oral evidence to be received from the general public, academia, operators and ordinary electricity consumers on the issues affecting metering in the NESI,” Amadi stated.