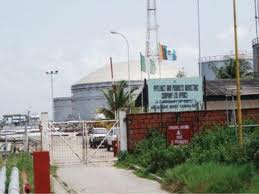 23 February 2012, Sweetcrude, ABUJA – The Pipelines and Products Marketing Company on Thursday allayed fears of fuel scarcity assuring that there is enough fuel in strategic reserve to last for more than a month.

The Managing Director of PPMC, Mr. Haruna Momoh stated in a release made available to our correspondent in Abuja that all the issues that led to the initial hitch in supply have been resolved.

According to Momoh, “There were a number of issues like the Petrol Tanker Drivers (PTD) strike in Kwara, Rivers and Edo States which have been resolved.

“There was also the issue of marketers’ reluctance to import products as a result of the uncertainty about subsidy payment which has also been resolved with the recent appropriation for subsidy included in the 2012 budget by the President.

So marketers have resumed importation, and we have enough fuel in our strategic reserve to last until their cargoes start arriving,” he stated.

Earlier in the week, the Petroleum Products Pricing and Regulatory Agency had debunked reports that it had stopped processing subsidy claims from genuine importers.

The PPMC boss urged Nigerians to avoid panic buying as there is enough fuel to go round.