on: July 28, 2015In: Community Development, Uncategorized 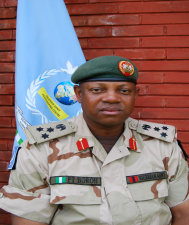 Femi Adesina, Special Adviser to the President, Media & Publicity disclosed that Brig. Boroh, whose appointment takes immediate effect, is to take over the responsibilities of the former Special Adviser to President Jonathan on Niger Delta who also doubled as Coordinator of the Amnesty Programme.

The appointment of a new Coordinator for the Amnesty Programme is expected to lead to the speedy resolution of recent hitches in its implementation such as the non-payment of outstanding allowances to ex-militants.