Buhari under pressure from labour groups; Nigeria misses out of free trade agreement 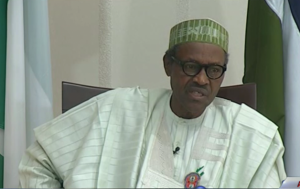 President Muhammadu Buhari had on Sunday cancelled his planned trip to Rwanda for the signing ceremony due to pressure by Labour unions in the country not to participate in signing the agreement.

A statement signed by the spokesperson, Ministry of Foreign Affairs, Dr. Tope Adeleye Elias-Fatile, said the president cancelled his trip to Kigali, Rwanda to allow more inputs from Nigerian stakeholders.

The trade agreement deal created a continental market of 1.2 billion people, with a combined gross domestic product of more than 3.4 trillion dollars.

A major goal in the agreement is to boost intra-African trade and rely less on the volatility of commodity prices that affect many exports.

The aim is to have agreement, signed by 44 of the African Union’s 55 member states, enter into force by the end of this year, said the Chair of the AU Commission, Moussa Faki Mahamat.

He added that states must ratify the deal. “Our peoples, our business community and our youth in particular cannot wait any longer to see the lifting of the barriers that divide our continent, hinder its economic takeoff and perpetuate misery, even though Africa is abundantly endowed with wealth,” Mahamat said.

He urged strong follow-up to “confound those who, outside Africa, continue to think, with barely concealed condescension, that our decisions will never materialize.”

And while Africa’s largest economies are expected to benefit most from the deal, some of them worry that more people from poorer countries will migrate their way.

But some of the continent’s strongest and fastest-growing economies, including Ghana and Ethiopia, signed the deal.

The major concerns remained that the president of Nigeria, one of Africa’s largest economies, skipped the summit.