Ndiomu explained that the programme was designed with an exit route for all trained and empowered ex-agitators, adding that retaining same number of ex-agitators after 13 years of operation was against PAP’s mandate. 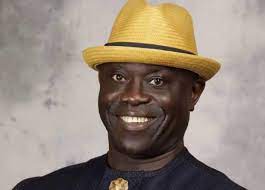 Speaking during his maiden interactions with some leaders of ex-agitators, the PAP boss said the government had been magnanimous enough to extend the life span of the programme to allow for peace and harmony in the Niger Delta region.

He appealed to stakeholders to bear in mind that one day the programme would end as it did in other conflict zones, especially in South America.

Ndiomu, however, said the programme would not be terminated abruptly in the interest of the prevailing peace in the region.

Describing the reintegration stage of PAP as critical, Ndiomu, in a statement by his media aide, Mr Thomas Peretu, said he would create new channels to ensure constant dialogue with the programme beneficiaries and stakeholders in the Niger Delta region.

He appealed to the delegates and stakeholders in the Niger Delta to support his administration’s efforts to realise the mandate of PAP, assuring that he would revive all the PAP vocational centres for massive deployment of ex-agitators for training and empowerment.

He also promised ex-agitators and other stakeholders of the scheme that he will discharge the functions of his office with accountability and transparency, adding that henceforth all activities in PAP would be subjected to periodic review in line with the mandate of the programme.

All the representatives of the various stakeholders at the meeting promised to support Ndiomu’s plans to actualise the mandate of PAP in the interest of the region.