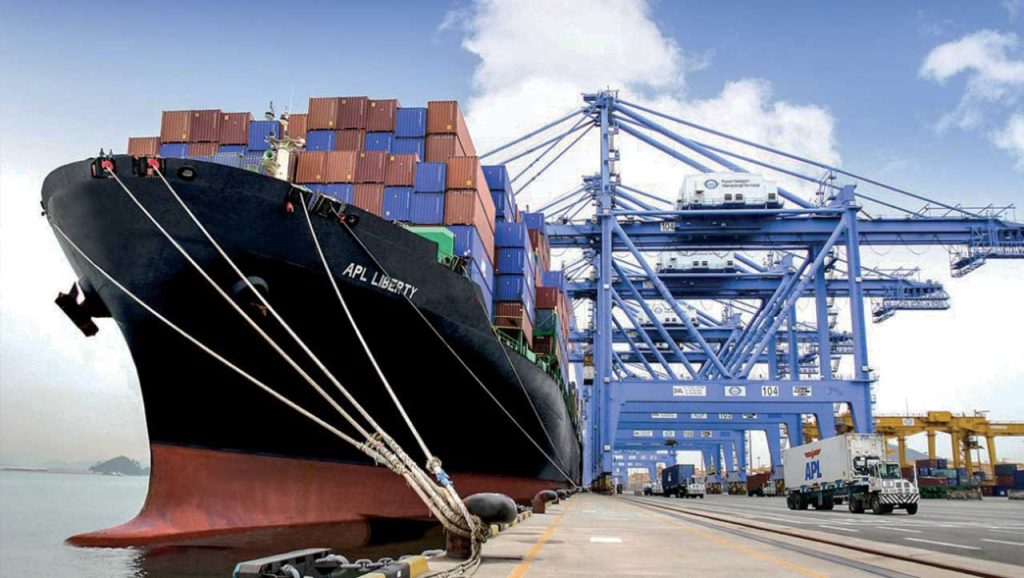 *A Ship at berth in the Lagos port

Lagos — The intervention by the Presidential Task Team, PTT, in streamlining port operations has reduced the number of hours vessels take from anchorage to berth to 90 minutes from 6 hours, a development that has consequently reduced the total Ship Turnaround Time, STT.

The STT, which had been at about 28 days, has now dropped to average seven days.

Speaking to SweetcrudeReports in Lagos, coordinator of the Team, Mr. Moses Fadipe, said that before the intervention of the Team, it usually took an average of seven to ten days to resolve issues adding that it now takes hours to handle issues concerning Captains and their vessels.

Recall that about 20 years ago the Maritime Anti-Corruption Network, MACN, based in Denmark, petitioned Nigeria’s government to say that Nigeria had one of the most corrupt port systems in the world after Argentina and India.

It was based on the petition that the government directed the Independent Corrupt Practices and Other Related Offences Commission, ICPC, to carry out an investigation and came out with damning reports on operations at the ports.

Fadipe explained that the intervention of the Commission gave rise to the Standard Operating Procedures SOP, of agencies operating in the port and the Port Operation Manual was berthed having all agencies on the same page.

He said: “The Maritime Anti-Corruption Network, MACN, wrote this petition to the Nigeria government saying Nigeria is one of the most corrupt maritime nations in the world alongside Argentina and India as at 2012.

“And when the government got that petition, it did not take it lightly because it was highly indicting. The government now pushed that petition to Independent Corrupt Practices and Other Related Offences Commission, ICPC, for investigation.

‘‘So in 2013 ICPC came out with a report which they called Corruption Risk Assessment Report, visa-avis the petition and their findings. And their findings revealed that actually Nigerian ports was one of the most corrupt in the world.

“So the government now asked ICPC to do a search light on the Nigerian maritime sector and we had to partner with the Nigerian Shippers’ Council, Nigerian Ports Authority, NPA, and all other agencies operating at the ports to look at the entire system, what were the challenges and how do we improve on them.”