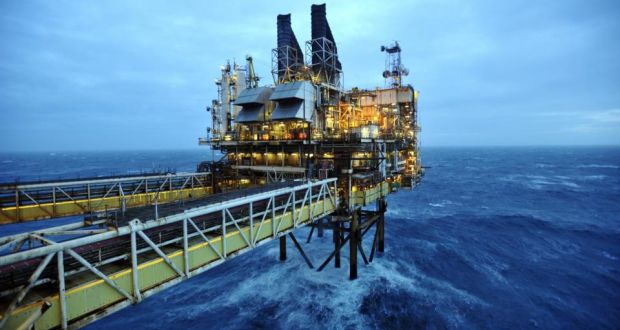 Lagos — Nigeria’s oil and gas industry players are insisting that the recent review of the Production-Sharing Contracts, PSC, with the international oil companies recently signed into law by President Muhammadu Buhari will leave the industry in grave trouble.

They believe the development will negatively affect future investment in the sector and will render some existing, producing assets, including the nation’s biggest producers Bonga, Egina, Akpo, Agbami and Erha unviable.

Specifically, according to the industry players, $15 billion future investment would be affected as this would, rather than come to Nigeria, go elsewhere in view of the perception of the Amended Deep Offshore Act as hostile. This is in addition to $55.5 billion investment by oil majors over the lifetime of deepwater projects in the country.

But, the position of the industry is a far cry from that of the government, which hopes, through the development, to raise funds to finance its $34 billion 2020 deficit budget.

According to Senate President, Ahmed Lawan, the PSC review will add at least $1.5 billion to government treasury next year.

The amended Act, first presented to the National Assembly on October 2, went under consideration and passage by the legislators within two weeks before returning to President Buhari, who signed it into law November 4.

The law provides for oil and gas companies, which produce about 80 percent of Nigeria’s crude to pay levies for fields where they previously paid nothing. It provides for a 10 percent royalty on output from water depths starting at 200 metres and from a price-based system that compels producers to pay extra rates between 2.5 and 10 percent, which could see payments potentially reaching 30 percent, depending on crude prices.

Explaining the development, the Chairman of the Petroleum Technology Association of Nigeria, PETAN, Mr Bank-Anthony Okoroafor, stated that with the Act, all Product-Sharing Contracts, would attract royalty based on combination of water depth and oil price. “Before this Act, we had zero royalties from Agbami, Akpo, Bonga and Erha, our biggest producers.

“Now 10 per cent flat royalties on these prolific producers, based on water depth and 2.5 per cent royalties based on today’s oil price at 58 dollars, will be paid”.

Okoroafor warned that though the government would earn additional income from the revised contract, this will be short-lived and will eventually lead to production decline in the industry.

“Yes, the government will get more money from the existing oil assets in the short term 2020/21. Thereafter production decline without new investment will hit Nigeria,” he stated.

First introduced in 1993, the PSC was to have been reviewed 10 years later. But, no successive Nigerian government did that until the recent move by the Buhari regime. Buhari said of the development: “A combination of complicity by Nigerian politicians and feet-dragging by oil companies has, for more than a quarter-century, conspired to keep taxes to the barest minimum”.

Prof. Iledaret observed that signing the Act into law was symbolic, but maintained that it was coming a little late as the country had lost so much in the past years. “Certainly, the signing of the Bill is symbolic; but there is not much you can do to recover the lost ground. He added that if the Act had been amended in 2004, the direct benefits accrued would have been more than just the symbolism.

Iledare said that if the president had signed the Petroleum Industry Governance Bill, PIGB, into law in 2018, the industry would have been better off now. “The immediate benefit to the nation if the president had signed the PIGB in 2018 would have been much more than the Act the president signed. “Nonetheless, you can look at it from the viewpoint that the Executive and National Assembly are in sync to do something together with respect to reforming the oil sector. “This symbolism though, you cannot take away from the President and his team’” he added.

The Oil Producers Trade section of the Lagos Chamber of Commerce, a group of all the oil majors in Nigeria which produce 90 percent of the country’s oil and gas, believes the PSC review portends dire consequences for the nation’s oil and gas industry.

“This rate increase would result in future deep-water projects becoming economically unviable and leading to at least a $15 billion reduction in planned near-term investments, and a 20% decline in deep-water production by 2023,” said the OPTS. The amendment is “a disincentive to investment in the deep-water and it is further eroding Nigeria’s global competitiveness,” it added.

OPTS also says the new law and the regulatory uncertainty it will create, could significantly undermine profitability for projects, including behemoth fields such as Shell-operated Bonga and Total’s Egina.

It expects the law to slash future offshore production by 27 percent to 2023, cut $55.5 billion from investment over the lifetime of deepwater projects and remove some $10.4 billion in potential government revenue by 2030.

“This is not in line with FGN’s objective to grow the economy,” OPTS said in a detailed analysis of the measure sent to Nigerian lawmakers. It added that the changes would be “almost equivalent to no new (deepwater) projects being viable.”

Oil and gas industry observers are concerned about the timing of the PSC amendment. A source maintained that “the decision could not have come at a worse time than this period of low investment climate”. Moreover, he said several other countries in Africa are dragging investment with Nigeria.

“It is no longer the era of Algeria, Nigeria, Libya and Gabon as the only oil producing countries in Africa. Several other countries on the continent have and are discovering oil and gas. So the investment destination has become wider and tougher. Nigeria cannot afford to create an inclement environment for investment.

“If that happens, as is the case with the amended Act, Nigeria will be worse off for it. It will be a matter of time before the oil majors start abandoning Nigeria,” the source stressed.

As if on cue, news dropped barely a day after the Amended Deep Offshore Act became law that French oil major Total was seeking to sell its 12.5 percent stake in a major deepwater oilfield off the coast of Nigeria.

The stake in Oil Mining Lease, OML, 118, which is located some 120 kilometres (75 miles) off the Niger Delta, is valued at up to $750 million. OML 118 is operated by Royal Dutch Shell, which holds a 55 percent interest. Exxon Mobil holds a 20 percent stake in the block, while Italy’s Eni and Total each hold 12.5 percent.

The block includes the Bonga field, Nigeria’s first deepwater project which started in 2005 and produced around 225,000 barrels of oil and 150 million standard cubic feet of gas per day at its peak.

Output from the block is planned to grow sharply with the $10 billion development of the Bonga Southwest field which is expected to produce up to 200,000 bpd, roughly 10 percent of Nigeria’s current oil production.

Nigeria’s vast oil resources have attracted foreign oil companies for decades but changes to the country’s oil revenue laws as well as an unexpected tax levy over the past year could make investments in offshore projects less attractive.