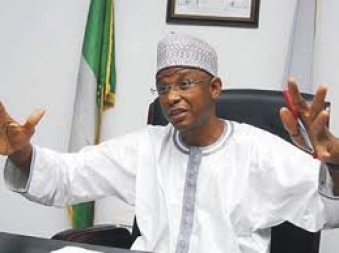 21 September 2011, Sweetcrude, Abuja- The contracts of two companies involved in the reconstruction of the National Institute of Petroleum Strategy and Policy in Kaduna, billed for commssioning next year, have been revoked over failure to achieve set targets.

The companies are Dekit Construction Limited and Darcon Nigeria Limited.

They were handling construction of road network and director’s official residence in the N10.4 billion institute and were alleged to have abandoned work site despite collecting mobilisation fees and other payments from PTDF.

Executive Secretary of the Petroleum Technology Development Fund (PTDF), Muttaqha Rabe Darma said after a meeting with some of the contractors that over 50 per cent of the contractors would be issued warning letters and ordered back to site within the next two weeks or have their jobs also revoked.

The institute, originally owned by Nigerian National Petroleum Corporation (NNPC) is being upgraded by the Federal Government to provide training for all management cadre operating in the oil and gas industry.

Darma, who noted that the upgrade of the institution is one year behind schedule, handed a deadline of March 31, 2012 as completion date to 56 contractors and consultants working on 42 components of the project in preparation for the commissioning of the complex by President Goodluck Jonathan in May next year.

“We are issuing warning letters to over 50 per cent of the contractors on site that if we don’t see them on site doing full-fledged work we are determining their contracts by end of four weeks. It is better we have 50 percent completed contractual obligation than we have contracts that dragging on and on with no end.

“We also decided to terminate two contracts on the site. One for the road construction, which I think you will agree with. We have gone through serious embarrassment on the road construction including getting invitation from the ICPC because the contractor subcontracted the job and refused to pay them even after getting money from PTDF.”

He further explained that the firm handling the director’s residence has abandoned site for over nine months without showing any cause to return to the site. He added that PTDF does not owe the firm and wondered why the contractor left without informing the fund.

Darma stressed that unless drastic measures are taken, the vision of having the institute operational by next year may not be realised.