Lagos — The recent Ukraine crisis has hugely dented the gas supply security of Italy, according to GlobalData, which notes that 40% of Italy’s gas imports are from Russia*. The leading data and analytics company highlights that, while it will help prevent a power crisis, turning to Qatar is a very short-term solution, and the government will need to act fast to build renewable generation and modernize its grids to meet rising demand. 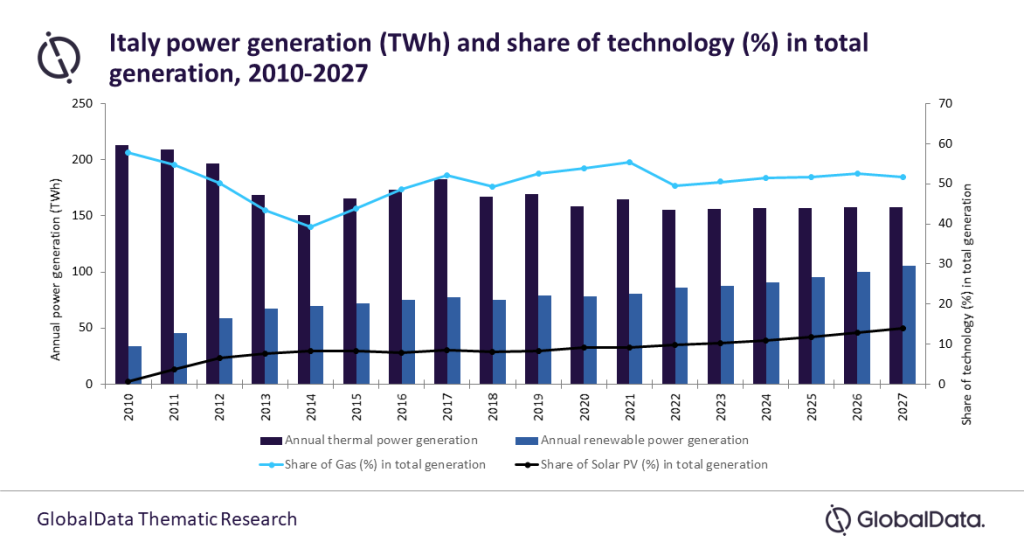 According to GlobalData’s report, ‘Italy Power Market Size and Trends by Installed Capacity, Generation, Transmission, Distribution, and Technology, 2022-2035’, imports account for more than 90% of Italy’s gas needs in 2021, sourcing largely from Southern Europe and Russia via pipeline across Ukraine.

Attaurrahman Ojindaram Saibasan, Power Analyst at GlobalData, says: “While Italy currently generates 47.4% of its energy from thermal power (coal, gas, and oil), it does not possess substantial domestic fossil fuel reserves, and heavily depends on imports. In fact, Italy imports the second largest amount of gas in Europe, after Germany. Avoiding dependence on other countries is high on Italy’s list of ‘to-do’s, with the main focus being on replacing thermal with solar.”

Saibasan continues: “The government has started to replace thermal power plants with renewable sources to meet rising energy demand and concerns over energy security but there is some work to do yet. However, wind and solar photovoltaic (PV) have made tremendous progress in the country, and these are set to play a major role in meeting the country’s power demand in the longer term. Conventional plants will still be present to take the base load and manage fluctuations in supply.”

GlobalData notes that Italy would benefit from building some of its other renewable sources, alongside wind and solar.

Saibasan concludes: “Focusing more on energy storage systems would be a good start, as well as modernizing current grids and building biopower and offshore wind—most of the work so far has been on-shore. However, it is noteworthy that, in the wake of the Ukraine crisis, State-controlled Terna revealed plans to spend EUR10 billion ($11 billion) over the next four years to upgrade the country’s power grid to meet energy security and climate change demands.”