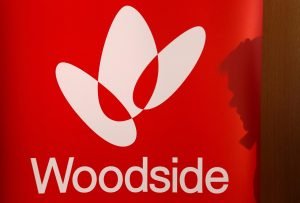 News wire — Woodside Petroleum said on Tuesday an environmental body will challenge the government’s decision to approve the expansion of its Pluto LNG train on concerns of environmental harm caused by greenhouse gas emissions.

The Conservation Council of Western Australia (CCWA) will legally challenge the state’s work approval for the Pluto LNG Train 2 project in the Burrup Peninsula.

The company and BHP Group recently approved $12 billion to develop the twinned Scarborough and Pluto Train 2 project, which is essential to Woodside, Australia’s biggest independent oil and gas company.

Scarborough, slated to produce 8 million tonnes of LNG a year for export and 180 terajoules a day of gas for the domestic market, is expected to revive Woodside, which has had limited growth over the past several years.

CCWA says the approval was unlawful as it did not properly consider the project’s environmental harm, alleging it would more than double the annual greenhouse gas emissions from the Pluto facility.

“Any additional CO2 emissions take us further beyond what is considered acceptable for a safe climate,” Tim Macknay, Managing Lawyer for the Environmental Defender’s Office, which is representing CCWA, said in a statement.

“(It) increases the risk of bushfires, droughts, heatwaves and other climate-related phenomena which put communities at risk,” he said.

This is the second challenge to Scarborough from the CCWA, with the first being launched in December last year and set for its first hearing next month.

Woodside said it would defend its position in court.

Reporting by Arundhati Dutta in Bengaluru; Editing by Devika Syamnath