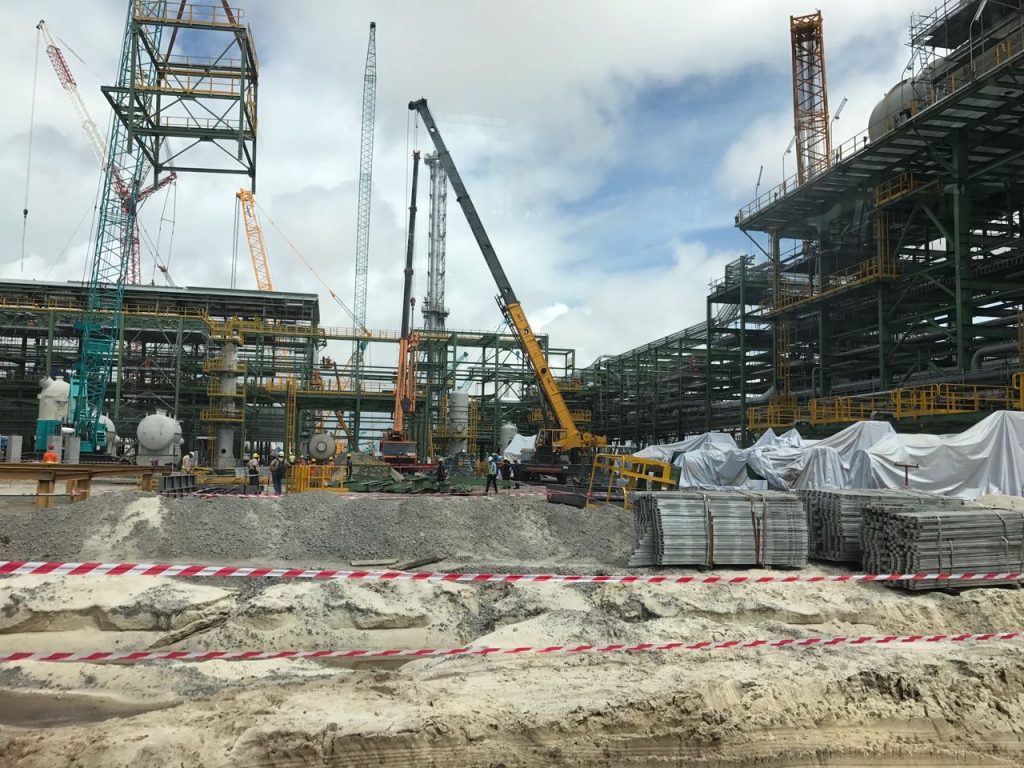 *A section of the $12bn Dangote Oil Refinery project under construction.

16 December 2017, London — Nigeria’s projected growth in refining capacity over the early 2020s will ‘substantially’ erode the country’s crude oil exports due to a ‘weak’ new project pipeline, according to a new report from BMI Research.

While the report hailed the projected startup of the 650,000 barrel per day (b/d) Dangote refinery by 2020 and the potential of a second 250,000 b/d facility startup by 2021, oil and gas analysts at BMI highlighted that Nigeria may struggle to increase its oil production to meet new demand from these facilities, as well as sustain exports, as other countries have done.

“Saudi Arabia has successfully managed this challenge, adding new capacity in 2013 and 2015, yet maintaining strong levels of exports,” the report stated.

Nigeria however, has a ‘bleak’ outlook, according to the report.

“The low oil price and uncertainty around the security, fiscal and regulatory environment has resulted in insufficient…investment decisions to deliver long-term growth,” the report said.

“As a result of the limited project pipeline and the growth in domestic crude demand from refineries, either crude oil exports will fall, or refineries will run at lower utilization rates,” the report added.

BMI analysts said there was even a possibility that both scenarios could happen, with crude oil exports dropping as more domestic crude is processed at new refineries, and new refineries running at low utilization rates given ‘crude oil export commitments and inconsistent supply’.

“That said, this will also create opportunities. If the Nigerian government is finally able to push through the various parts of the Petroleum Industry Bill (PIB), supporting investor confidence in future regulatory and fiscal conditions, there will be an existing domestic demand market for the oil,” the report stated.