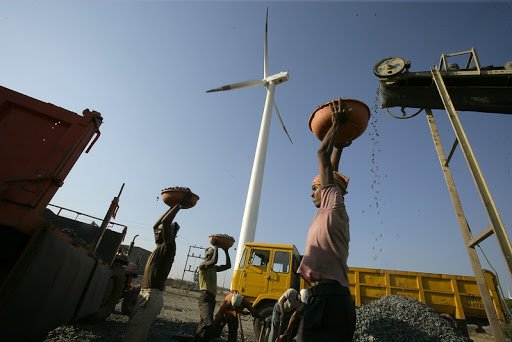 *Add $330bn to GDP
*Report models impact of $99.2 billion of federal investments in existing programs and funding vehicles
*Stimulus could help get more than 500,000 unemployed clean energy workers in every state back on the job quickly

WASHINGTON – As Congress considers additional measures to support and jumpstart the U.S. economy, a new E2 (Environmental Entrepreneurs) and E4TheFuture analysis finds that the U.S. could create 860,000 full-time jobs for at least five years and add $66 billion to the nation’s economy every year for five years if targeted clean energy investments were included in the next round of federal stimulus investments.

The report, Build Back Better, Faster: How a federal stimulus focusing on clean energy can create millions of jobs and restart America’s economy, modeled the economic benefits of $99.2 billion of federal stimulus invested in existing programs and funding vehicles in three specific areas: renewable energy, energy efficiency and grid modernization.

These three sectors were selected because of their proven track record of quick job creation during past economic stimulus programs, because most of these jobs can be done outdoors or in vacant buildings, and because existing, funding-approved programs already managed by the Department of Energy and other federal agencies could be utilized to administer such a stimulus. The proposed stimulus would include increased funding for state energy programs, tax credit extensions for renewable energy and energy efficiency, port infrastructure enhancements and upgrades to the nation’s electric power grid and communications networks.

According to the analysis produced by BW Research Partnership, a stimulus of this level would result in $330 billion in wages, local, state, and federal tax revenues and other economic benefits — more than triple the amount invested. Additionally, 33 states would each add more than 10,000 new full-time jobs, and every state and territory (with the exception of the District of Columbia) would gain at least 4,000 jobs.

The report comes after the latest monthly analysis of unemployment filings found the clean energy sector — the largest employer of America’s energy workers — is still suffering badly in the wake of the COVID-19 pandemic, despite a slight recovery in the month of June. More than half a million clean energy workers (514,200) filed for unemployment between March and June, according to separate analyses for E2 and E4TheFuture.

While some clean energy sector employees returned to work in June after the U.S. economy began widespread re-openings, a robust recovery in one of the nation’s biggest employment sectors anytime soon remains unlikely without direct action by Congress. Only one out of every six clean energy jobs lost since March returned in June, and as federal Paycheck Protection Program (PPP) funds are exhausted and states are forced to close businesses again in the face of COVID-19’s resurgence, more layoffs could be imminent without congressional action. According to the analysis, as many as 2.3 million clean energy workers are employed by small businesses that received PPP loans.

Bob Keefe, Executive Director of E2 said: “We’re an in unprecedented economic condition that calls for unprecedented leadership from Congress – and we need it now.

“The good news is that we know investing in clean energy is the best and quickest way to jumpstart our economy and get Americans – construction workers, factory workers, electricians and solar and wind energy technicians – back on the job today, building a better economy for tomorrow.”

Pat Stanton, Policy Director for E4TheFuture said: “Our model shows a major surge in economic and jobs growth based on leveraging. The pandemic hit energy efficiency employment harder than other sectors, but a federal stimulus can put people back to work using a frictionless, proven approach. And efficiency provides a robust ‘dividend’ on top of the jobs benefits: It will enable people to spend cash on goods and services from energy bill savings due to decreased energy use.”

Mitchell Schirch, Research Analyst at BW Research Partnership, said: “Clean energy stimulus has the proven potential to protect and empower a significant number of displaced workers during this historic, economic low. Taking this step can secure the livelihoods of hundreds of thousands of Americans.”

Renewable energy, the largest employer of electric power generation, would see:
– 50,000 in direct, indirect, and induced jobs per year for five years through the development of solar, wind, and other renewable energy generation projects
– $1 billion in total tax revenues, including $850 million in state and local taxes per year for 5 years
– $7.6 billion in overall added value to the national economy each year for five years