Reps pledge speedy passage of bill against casualisation of workers 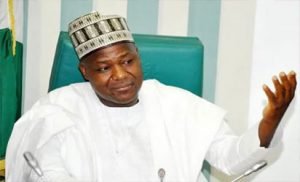 11 April 2018, Sweetcrude, Port Harcourt – The Speaker, House of Representatives, Hon. Yakubu Dogara, has promised a speedy passage of the bill against casualisation and outsourcing of workers, which is before the House.

The speaker, who said it was a crime against humanity for employers to casualise Nigerian workers in any form, assured that the bill against casualisation and outsourcing would be given a speedy passage as soon as the House resumed sitting from the Easter break.

Dogara made this known at the fourth quadrennial delegates conference of the National Union of Petroleum and Natural Gas Workers, NUPENG, in Port Harcourt, where he also assured of the House commitment to support organised labour in the country.

Represented at the event by the member representing Obio/Akpor Federal Constituency, Rivers State, in the House of Representatives, Mr. Kingsley Chindah, Dogara said NUPENG has been the most organised labour union in the country.

Speaking on the theme, “Impact of Technology (Industry 4.0) on Industrial Relations in the Workplace”, the speaker commended NUPENG for being proactive in their concerns on the fourth industrial revolutions, which, he said, was centered on technological advancement as machines and robots take over the jobs of humans.

According to him, “The Bill against casualisatiion and outsourcing is also before the House. I have to inform you that we think it is a crime to causualise Nigerian workers. It is a crime against humanity.

“The speaker has assured that that Bill will receive speedy passage as we go back after the Easter break.”

The speaker called on government at all levels to wake up to the reality of the fourth industrial revolution and on the need to plan ahead of time.