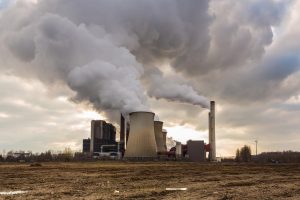 04 June 2018, News Wires – The world’s major industrial democracies spend at least $100 billion each year to prop up oil, gas and coal consumption, despite vows to end fossil fuel subsidies by 2025, a report said on Monday ahead of the G7 summit in Canada.

Britain, Canada, France, Germany, Italy, Japan and the United States – known as the Group of Seven (G7) – pledged in 2016 to phase out their support for fossil fuels by 2025.

But a study led by Britain’s Overseas Development Institute (ODI) found they spent at least $100 billion a year to support fossil fuels at home and abroad in 2015 and 2016.

“What we’re trying to do is highlight that those resources are there (but) it is being used inefficiently.

“The G7 have pledged to phase out fossil fuel subsidies, but they don’t have any systems in terms of accountability to meet the pledges – they don’t have road maps or plans,” added Whitley, head of the ODI’s climate division.

Researchers scrutinised and scored each country against indicators such as transparency, pledges and commitments, as well as their progress towards ending the use, support and production of fossil fuels.

The United States scored lowest with 42 out of 100 points due to its support for fossil fuel production and its withdrawal from a 2015 global pact to fight climate change.

President Donald Trump announced a year ago he was ditching the deal agreed upon by nearly 200 countries over opposition from businesses and U.S. allies.

Britain scored the lowest on transparency for denying that its government provided fossil fuel subsidies, even though it supported tax breaks for North Sea oil and gas exploration, the report said.

“We do not subsidise the production or consumption of fossil fuels,” a spokesman from Britain’s treasury said in emailed comments to the Thomson Reuters Foundation.

“We are supporting other countries in phasing out their own fossil fuel subsidies, as part of our commitment to the G20 and G7 pledges,” he added.

The study, which was co-authored by Oil Change International, the International Institute for Sustainable Development and the Natural Resources Defense Council, urged G7 governments to set concrete plans to end fossil fuel subsidies by 2025 as pledged.

“What should be a low-hanging fruit in terms of moving public resources away from fossil fuels is not happening, or where it is happening, it’s not happening fast enough,” said the ODI’s Whitley.