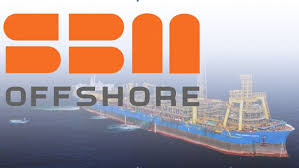 News wire — Rights group Sherpa has called on French prosecutors to open an investigation into alleged corruption related to the activities of Dutch oil and gas services firm SBM Offshore, it said in a statement on Monday.

Sherpa said it had filed a request on Friday asking France’s National Financial Prosecutor’s Office (PNF) to open an investigation into alleged “corruption, money laundering and concealment of stolen goods in relation to the activities of extractive industry giant SBM Offshore.”

SBM Offshore declined to comment. A spokesperson for the PNF could not confirm receipt of Sherpa’s request, but said it could take three or four days for the authority to receive it.

SBM Offshore has spent millions of dollars settling corruption investigations overseas, including in Brazil where it faced charges of paying bribes to win contracts with state oil firm Petrobras.

Its stock closed up 2.1% in Amsterdam, at 14.5 euros, after briefly dropping 4% following Sherpa’s announcement.