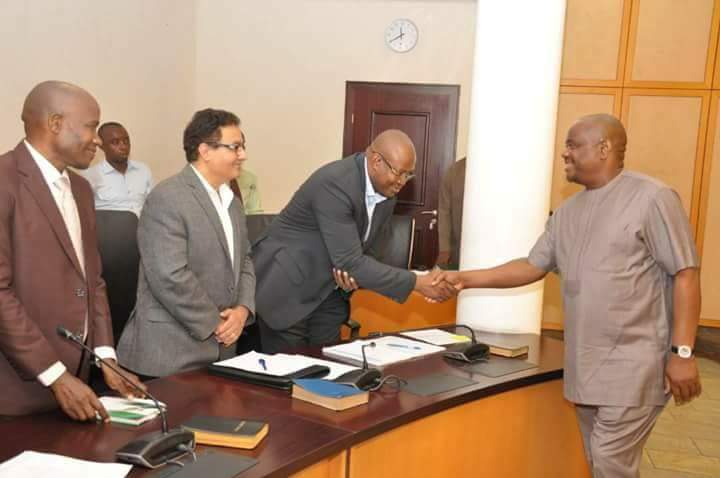 Wike alleged that the APC Federal Government deliberately plans to eliminate a greater percentage of the state’s population by her failure to act on the soot and its primary causes.

Addressing a delegation of the United Nations at the Government House in Port Harcourt, during a high-profile meeting to tackle the soot, Wike said the State Government has taken all necessary steps to end the soot, pointing out that the remaining steps were domiciled with the Federal Government.

The governor further disclosed that the Attorney General of Rivers State has been directed to brief an environmental lawyer, to sue the Federal Government and International Oil Companies operating in the state over the soot.

“The Federal Government wants to eliminate a greater percentage of the state. The problem of soot is not caused by the Rivers State Government. It is caused by Federal Agencies.

“The Rivers State Government do not own companies that refine crude. We have made representations to the Federal Government and her agencies on the issue of soot, to no avail.

“We have called on the security agencies to find more refined ways of destroying the illegal refineries. We have informed the National Council of Environment, the military, and all Federal Regulatory Agencies, but they are not interested in intervening ” Governor Wike said.

The Governor further said that the refusal of the Federal Government to act on all data supplied on the soot was a deliberate ploy to make Rivers people suffer health hazards which will lead to untimely deaths.

“All the Federal Government is doing is to chase shadows, organising people to protest. Until they stop politicizing very serious issues and focus on governance, we will head nowhere”, he said.

For his part, Leader of the United Nations Delegation to Rivers State, Dr. Charles Ekong, said that the mission of the delegation was investigative, so as to determine a lasting solution to the soot challenge in the state.