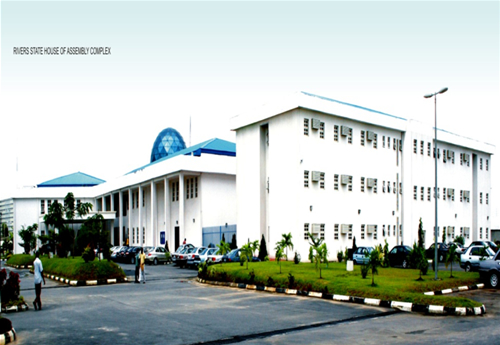 Port Harcourt — The Rivers State House of Assembly has condemned activities of illegal crude oil refining going on in the State, as well as failure of the security agencies to sufficiently rise up to the occasion of stamping them out.

Speaker of the Rivers State House of Assembly, Rt. Hon. Ikuinyi-Owaji Ibani, gave the condemnation while ruling on a motion jointly moved by the Leader of the House, Martin Amaewhule and the Member, representing Gokana Constituency, Dumle Maol, against illegal refining of crude oil and attendant soot in the state.

Ibani maintained that the Rivers State House of Assembly condemned the illegal refining of crude oil going on in Rivers State and failure of the security agencies to sufficiently rise up to the occasion.

Narrating the health implementation of the illegal refining to human health, the Speaker frowned at the hazards it has constituted to those living and doing business in the state.

He assured that the House will continue to carry out thorough investigation so as to put an end to the menace.

The House called on the security agencies to rise up and identify those involved in illegal oil refining for arrest and prosecution.

Members of the House, led by the Speaker, Ikuinyi-Owaji Ibani, shortly after the plenary, staged a walk to the Rivers State Police Command, where they met with the commissioner of Police, Mr Eboka Friday, to register their displeasure over the continuous menace of the illegal oil refining going on in the State.

The House also visited the Nigeria Security and Civil Defense Corps, also met with the State Commandant, Mr Bature Aliyu, who promised to work with the State government to put more efforts aimed at curbing the menace of soot in the State.